Volcanic island is transformed by an eruption • Earth.com

Volcanic island is transformed by an eruption 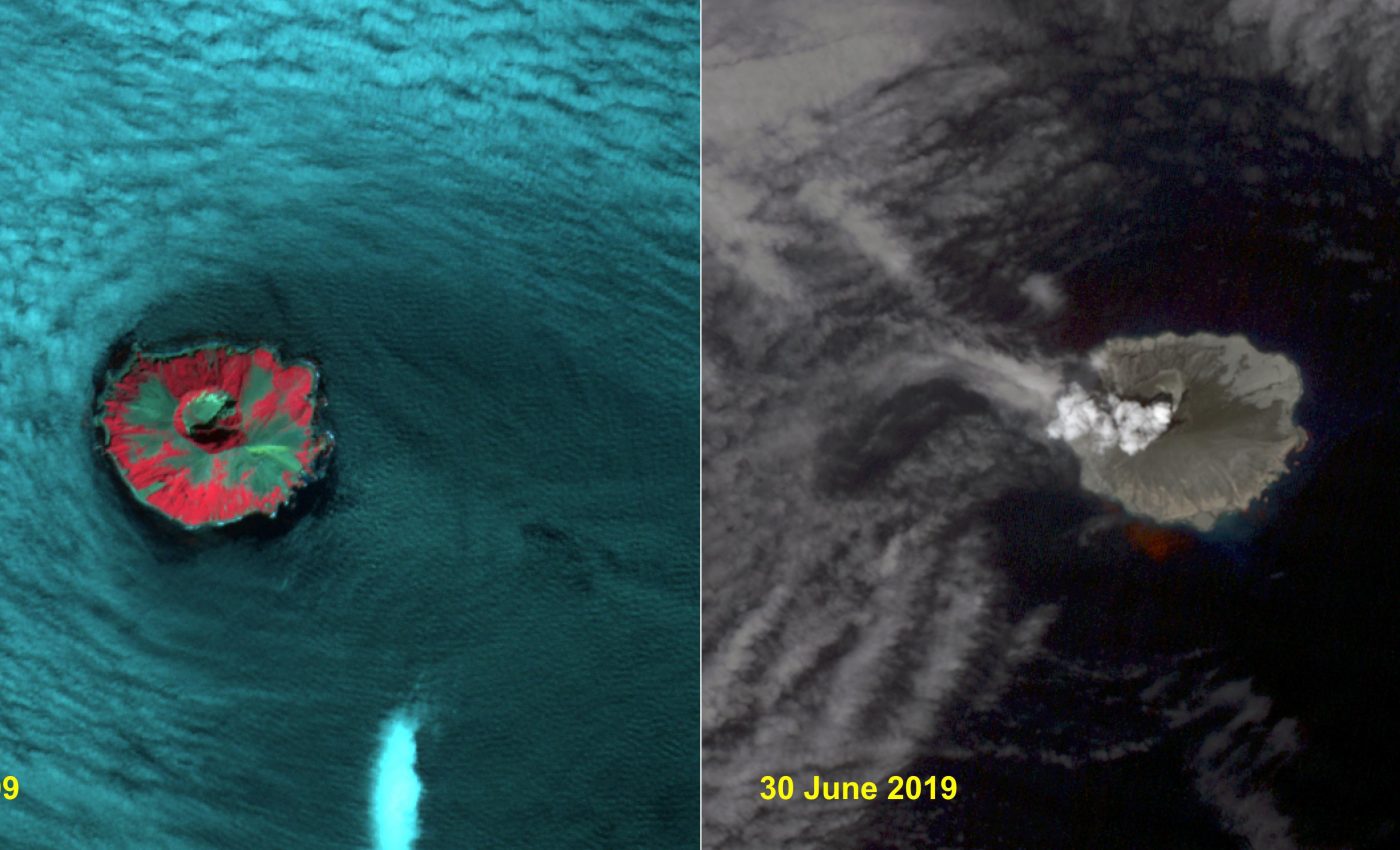 The volcano erupted on June 22, 2019, shooting a gas and ash plume 17 kilometers into the sky.

Taken in 2009, the photo on the left shows in red where vegetation covered most of the island.

The photo on the right, taken in 2019, shows a dramatically different island with no trace of vegetation. A plume can be seen rising from the caldera and everything is buried in ash deposits.

The images were captured by the Advanced Spaceborne Thermal Emission and Reflection Radiometer (ASTER) on NASA’s Terra satellite.