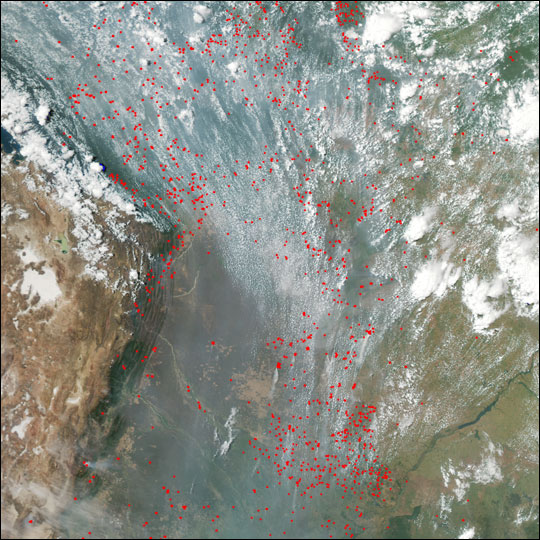 The Andes Mountains (image left) create an effective barrier to the smoke billowing from scores, possibly hundreds, of fires burning across central South America. This true-color image was acquired by the Moderate Resolution Imaging Spectroradiometer (MODIS) on the Aqua satellite on October 6, 2002. Fire detections are marked with red dots.

Therefore reference to South America instead of other regions (like Latin America or the Southern Cone). And has increased in the last decades due to changing geopolitical dynamics (in particular, the rise of Brazil. Therefore we may see more Widespread Fires in South America in the future spreading rapidly and harder to maintain. Seen in the image, there is a wide spread of multiple fires which shows on image as red dots. Heavy smoke and clouds surrounding the areas as well.