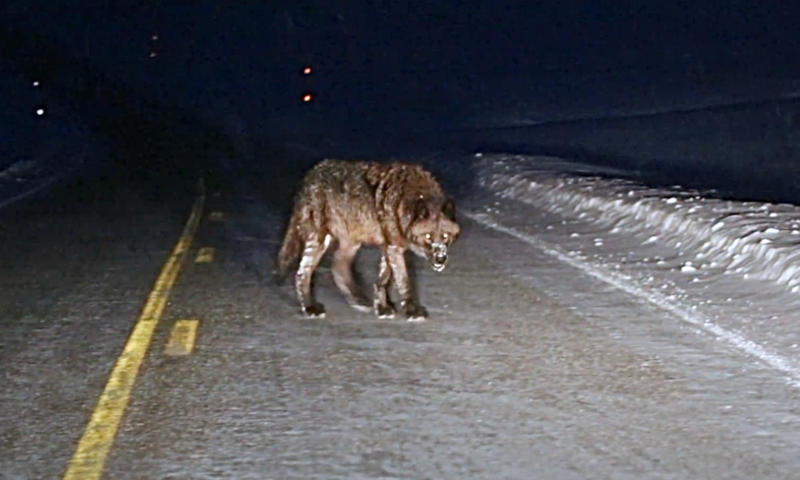 Kekoa, one of the other wolves who had been watching her the whole time, approached her cautiously and was then followed by his sister, Sakara. Jodi’s heart skipped a beat — these beasts were even more colossal than the wolf she had just freed. Then, something inside her told her to sit down in the snow in a non-threatening posture and wait for them to come to her. But as they drew nearer, the female wolf took the lead and did something nobody expected.