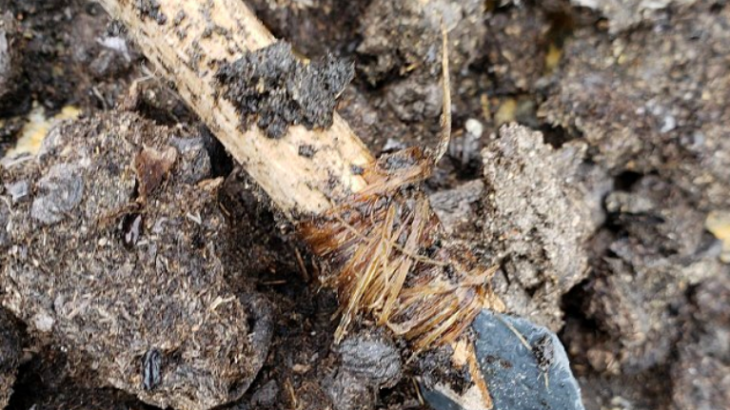 A perfectly preserved spear dart (or atlatl) dating back roughly 1,000 years ago was found completely intact – so much so that the feather and sap used as glue are still visible.

“I’d never seen anything like that before, it was amazing,” says Jennifer Herkes, heritage manager for the Carcross/Tagish First Nation in Yukon. “The feathers, the sinew, the sap they would have used as, like, a glue to attach the stone point to the wood shaft – all of it is completely intact.”

Herkes found the spear dart on the Yukon ice patches near Carcross. Initially, she didn’t believe she had found anything too special, as she figured it was just a small part of a dart.

“I thought, ‘Oh yeah, that’s neat,’” she told CBC. But then she saw it was more than just a piece – it was the whole spear. “My heart rate started increasing, and I got goose bumps all over.”

The spear dart is about five feet long, and would have been launched using a throwing tool to increase its velocity. The area it was found in used to be a popular hunting ground, where woodland caribou would gather on ice patches in the summer to escape the heat and bugs.

Tools are now regularly being found in these areas as the ice patches melt. The Carcross/Tagish First Nation Citizens organization is attempting to have these areas designated as world heritage sites, given their importance and the history they may have to offer. If the ice patches continue to melt, it’s likely that even more exciting discoveries could be made.