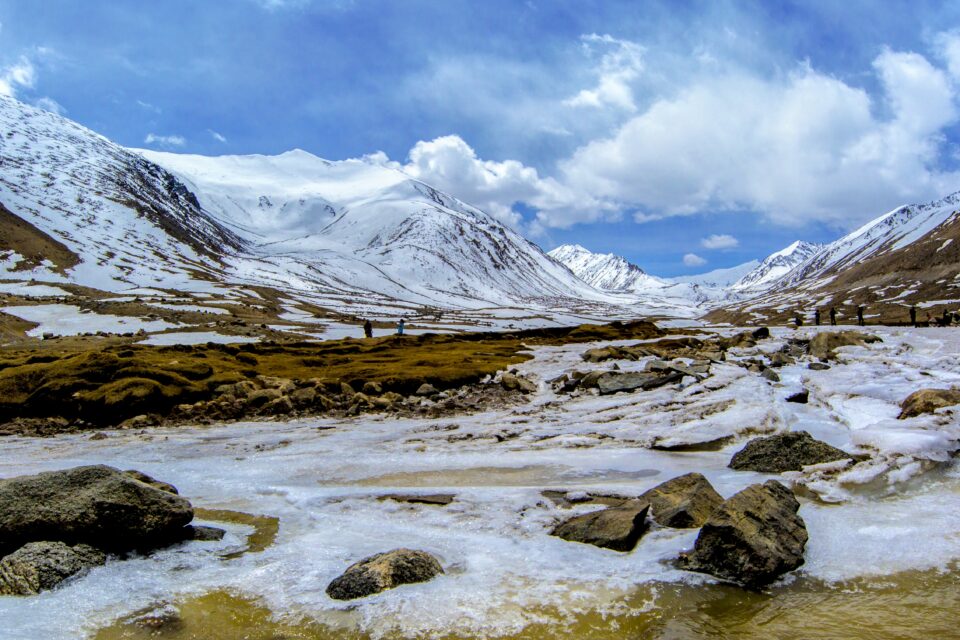 In a new study from Ohio State University, experts have found 15,000-year-old viruses preserved in ice from the Tibetan Plateau in China. The experts report that most of the microbes are previously unknown to science.

For their investigation, the researchers created a method of analyzing microbes in ice without the risk of contamination. The findings may ultimately shed new light on how viruses have evolved over centuries.

“These glaciers were formed gradually, and along with dust and gases, many, many viruses were also deposited in that ice,” said study lead author Zhi-Ping Zhong. “The glaciers in western China are not well-studied, and our goal is to use this information to reflect past environments. And viruses are a part of those environments.”

The ice cores examined for the study were collected in 2015 from the Guliya ice cap in western China. The cores originated at the summit of Guliya, which sits at an altitude of 22,000 feet above sea level.

After dating the ice cores back 15,000 years, the team found the genetic codes for 33 viruses – only four of which have been previously identified.

“These are viruses that would have thrived in extreme environments,” said study co-author Professor Matthew Sullivan. “These viruses have signatures of genes that help them infect cells in cold environments – just surreal genetic signatures for how a virus is able to survive in extreme conditions.”

According to Professor Sullivan, the genetic signatures were not easy to pull out. He said that the method developed by the team to decontaminate the cores and to study microbes could help us search for the genetic sequences in other extreme icy environments – like on Mars or the moon.

The results of the analysis suggest that the viruses likely originated with soil or plants, not with animals or humans.

“We know very little about viruses and microbes in these extreme environments, and what is actually there,” said study senior author Professor Lonnie Thompson.

“The documentation and understanding of that is extremely important: How do bacteria and viruses respond to climate change? What happens when we go from an ice age to a warm period like we’re in now?”

The study is published in the journal Microbiome.