A look at the devastating 1918 Puerto Rico earthquake, tsunami • Earth.com 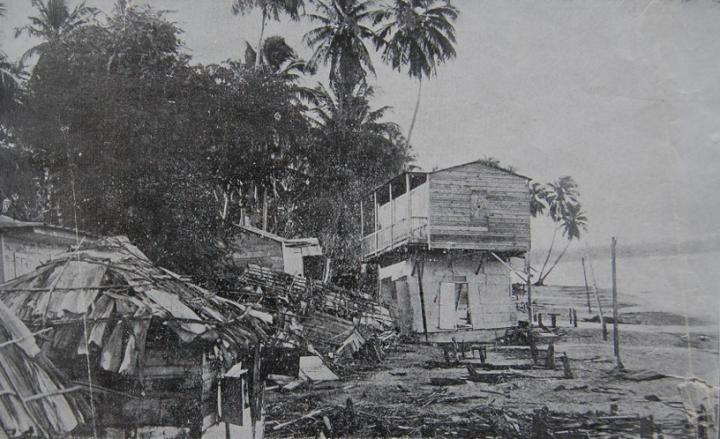 A look at the devastating 1918 Puerto Rico earthquake, tsunami

Long-forgotten records are providing scientists with a house-by-house look at a devastating earthquake and tsunami in Puerto Rico in 1918.

The handwritten requests by residents for funds to repair their homes following the 7.3 magnitude were stored in the San Juan archives.

In the journal Seismological Research Letters, seismologists Roland LaForge and William McCann describe how they used the records to trace the impact of the earthquake in Aguadilla, the town closest to the quake’s epicenter.

The letters provide a “pretty accurate picture to find out where the damage was, and how far the tsunami made it inland,” said LaForge.

The findings are consistent with a 1919 reconnaissance of the earthquake damage but the new study provides more detailed “ground truth” of what happened, said LaForge. The information could be useful in predicting which parts of Aguadilla and Puerto Rico would be mostly likely to suffer damage during the next major earthquake.

The quake and tsunami killed more than 100 people and inflicted $4 million in damage in 1918 dollars.

Residents submitted petitions for repair funds to a Special Earthquake Commission established after the event. Inspectors reviews the damage claims, and funds were awarded based on their recommendations.

The researchers studied more than 6,000 pages of the petitions. There were 275 petitions filed in Aguadilla but only 88 (32%) were discovered in the archives. Most of these appear to be petitions to repair damage rather than replacement of entire homes.

“The layout of the town is pretty much the same as it was in 1918,” LaForge said. “And we had these detailed damage descriptions by neighborhood and street and address in some cases. We thought if we can match up these addresses with modern-day addresses to know where they were, we could get a pretty good picture of where the damage was and how severe it was.”

The petition data has been digitized and LaForge hopes it will be a tool for other researchers to use to learn more about the earthquake and tsunami impact in other towns such as Mayagüez.

“The dataset in general is a real gold mine,” he said.