More than 2 billion birds migrate each year across the Gulf Coast • Earth.com 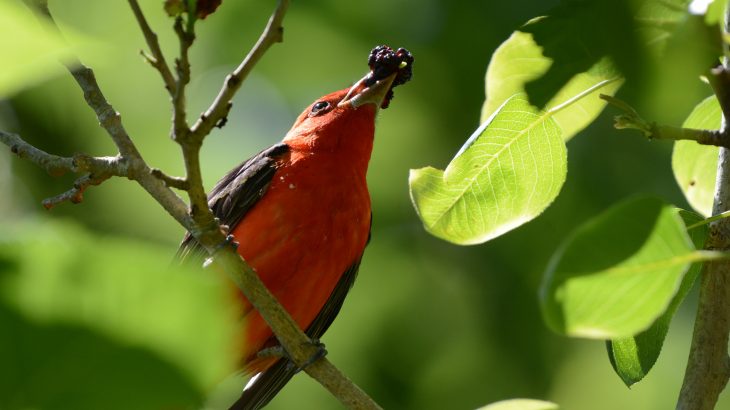 Based on weather radar data as well as observations from citizen scientists, researchers have gained a new understanding of spring bird migration along the Gulf of Mexico. The experts also have new insights into how these migrations may be impacted by climate change.

“We looked at data from thousands of eBird observers and 11 weather radar stations along the Gulf Coast from 1995 to 2015,” said Horton. “We calculated that an average of 2.1 billion birds crosses the entire length the Gulf Coast each spring as they head north to their breeding grounds. Until now, we could only guess at the overall numbers from surveys done along small portions of the shoreline.”

Weather radar detects birds in a standardized way over time and over a large geographical area. Sightings from bird watchers helped the researchers translate radar data into estimates of bird numbers.

The radar data showed the timing and location of the bird migration routes. Over two decades, the timing of peak spring migration remained consistent along the 1,680-mile coastline. The busiest time frame was found to be the 18-day period from April 19 to May 7, when approximately one billion birds pass over the Gulf Coast.

“The highest activity, with 26,000 birds per kilometer of airspace each night, was found along the west Texas Gulf Coast,” said Horton. “That region had 5.4 times the number of migrants detected compared with the central and eastern Gulf Coast from Louisiana to Florida.”

The study revealed that Corpus Christi and Brownsville had the highest level of migration traffic. By determining when and where most birds will migrate, officials can be informed to turn off lights and wind turbines, which are known threats to migratory birds.

The current rate of change in migratory timing may be too much for the birds to keep up with. The researchers found that the earliest seasonal movements are starting sooner, but the timing of peak activity has not changed. These findings provide important baseline information that will help scientists predict the long-term implications of climate change for migratory birds.

“If birds aren’t changing their migration timing fast enough to match the timing for plants and insects, that’s alarming,” said Horton. “They may miss out on abundant resources on their breeding grounds and have less reproductive success.”

The study is published in the journal Global Change Biology .