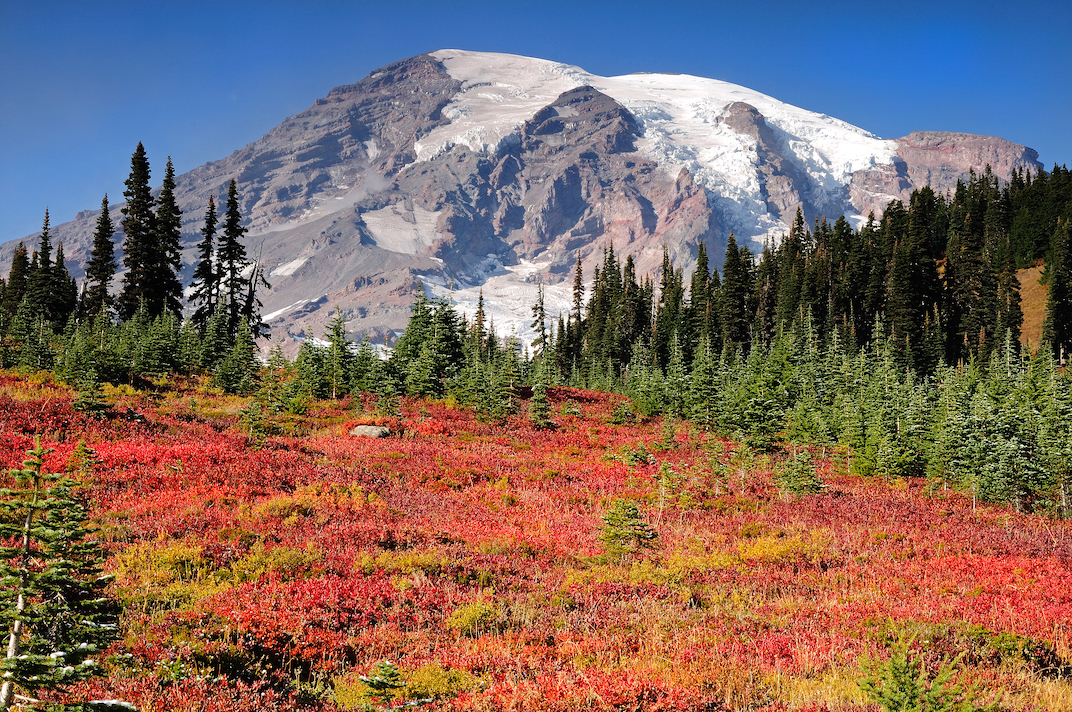 The United States Geological Survey Cascades Volcano Observatory (CVO) reported an uptick in earthquake activity at Mount Rainier. Over 20 small quakes were monitored by the Pacific Northwest Seismic Network, a collaborative effort between the University of Washington and the University of Oregon that monitors earthquakes and volcanic activity in the Pacific Northwest.

The CVO was quick to point out that although Mount Rainier typically only experiences about two earthquakes large enough to be recorded by seismic stations a week, swarms like this are not uncommon.

Similar swarms of mini-quakes were recorded in 2009, 2015, and 2016. The earthquakes in this most recent swarm were shallow, reportedly at one to two kilometers deep, and only reached a maximum magnitude of 1.6.

Mount Rainier is the highest peak in Cascade Mountain Range and the last notable eruption (when magma was released) was 1,000 years ago.

According to the CVO, earthquakes occur when cracks in the hydrothermal system seal shut and pressure and heat build up until the cracks break open..

To monitor the Mount Rainier Hydrothermal system, seismologists and scientists have set up three monitoring stations at the Rainier summit fumaroles, the Paradise Warm Springs and Paradise Creek, and the Nisqually River.

Fumaroles act like vents to release hot volcanic gases and scientists have tested the gas emissions and temperatures coming to the Rainier fumaroles for many years.

Temperature probes have been deployed at the Paradise Warm Springs and Nisqually River to continually monitor hydrothermal outflow coming from Mount Rainier.

These monitoring stations are part of a bigger monitoring network that tracks the volcano’s activity and help scientists give clear warning signs when major activity about to occur.