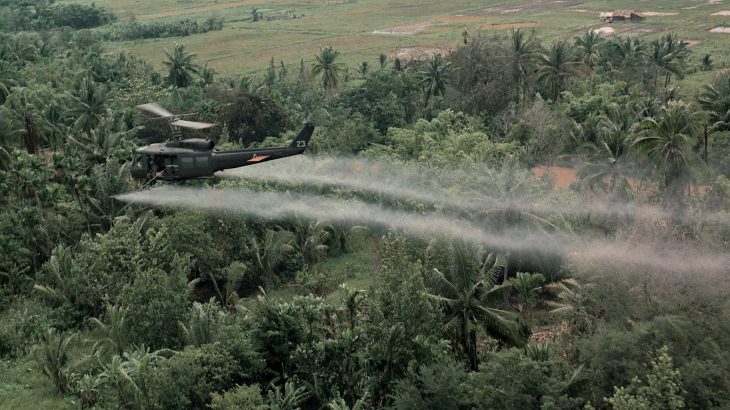 The latest report documenting the health impacts of Agent Orange exposure for Vietnam War veterans has added hypertension to the list of health problems associated with the herbicide.

The National Academies of Sciences, Engineering, and Medicine, a committee that provides independent research and analysis to help guide government policies and initiatives, conducted the report.

The US Department of Veteran Affairs (VA) asked the committee to focus on generational health effects, myeloproliferative neoplasms, and glioblastoma multiforme for this latest update.

While much of the focus and care has been paid to female victims of Agent Orange exposure, very few studies have been done on male veterans and their children or grandchildren.

Agent Orange was a herbicide used during the Vietnam War to clear fields and rice paddies that helped serve as hiding places.

According to the VA, around 20 million gallons of the herbicide were dumped on Vietnam during the war between 1962 and 1971, and the US military used Agent Orange as recently as 1986, according to ABC News.

When the military stopped using the herbicide, and Congress passed “The Agent Orange Act,” the VA began compensating veterans being treated for health problems associated with Agent Orange exposure.

The Veterans and Agent Orange Update 11, published last Thursday, reviews known medical conditions and other potential impacts of Agent Orange Exposure to ensure that veterans and their families continue to be fairly compensated an informed of the health risks.

For this report, committee members reviewed all relevant scientific studies and research conducted between 2014 and 2017.

Hypertension was moved to the “sufficient” category, a step up from its previous label, “limited or suggestive.”

If a condition or health risk is in the sufficient category, it means that the committee found enough evidence to support a strong association between dioxin exposure (the main chemical in Agent Orange) and hypertension in this case.

The committee remains divided on whether there is enough of a correlation between dioxin exposure and Type 2 diabetes, although there are plenty of studies to suggest that diabetes should be recategorized as “sufficient.”

MGUS (Monoclonal gammopathy of undetermined significance) where an unusual protein produced in the bone marrow can lead to some kinds of blood cancer, was also linked to some of the toxins in Agent Orange.

As far as the VA’s concerns about glioblastoma multiforme, a kind of brain cancer, the committee wasn’t able to find sufficient evidence to prove dioxin exposure increased the risk of contracting it.

The report calls for more research on the possible links between Agent Orange exposure and rare diseases and health conditions as well as the generational health effects passed on paternally as there is not enough existing research to support any firm conclusions.