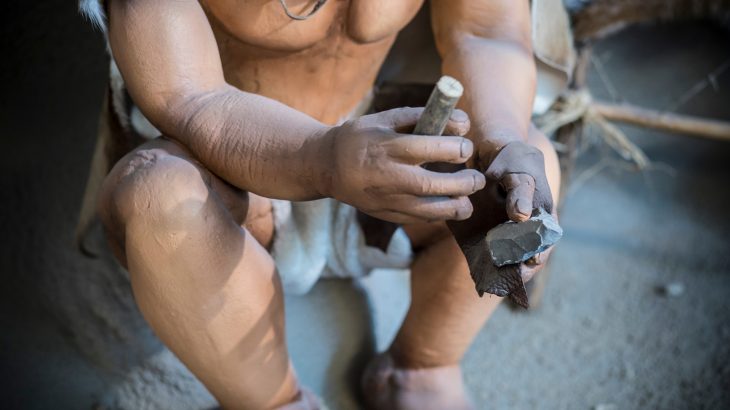 When it comes to the evolution of modern humans, researchers have discovered genetic contributions from both Neanderthals and Denisovans, two ancient groups of early humans.

While there has been much debate in terms of just how much of our modern human lineage is owed to Neanderthals and Denisovans, a new study using artificial intelligence has identified traces of a third unknown ancient human relative that interbred with Homo sapiens in the past.

All humans on Earth can trace their evolutionary roots back to Africa when modern humans first migrated out of the region and spread across the globe hundreds of thousands of years ago.

Past studies have found evidence of several interbreeding events between modern humans and early human relatives like Neanderthals that migrated out of Africa to Eurasia much earlier.

These interbreeding events are called introgressions, and it’s been suggested that Neanderthals and Denisovans are only part of an incomplete puzzle.

Researchers from the Barcelona Institute of Science and Technology and Pompeu Fabra University in Spain in collaboration with the University of Tartu in Estonia used machine learning to tackle the human genome in hopes of creating a clearer picture of modern human evolution.

“So, we thought we’d try to find these places of high divergence in the genome, see which are Neanderthal and which are Denisovan, and then see whether these explain the whole picture,” Jaume Bertranpetit, a co-author of the study told Smithsonian. “As it happens, if you subtract the Neanderthal and Denisovan parts, there is still something in the genome that is highly divergent.”

The researchers used a series of algorithms to train artificial intelligence to analyze eight different models of early human evolution.

After analyzing the models, the deep learning computer confirmed the existence of a ghost population of an ancient human relative that likely interbred with Denisovans and Neanderthals.

The study shows the potential of artificial intelligence in combing through vast amounts of data, like the human genome, to identify anomalies and patterns never before realized.

The findings were published in the journal Nature Communications.