Lessons from the AIDS epidemic can help battle the opioid crisis • Earth.com 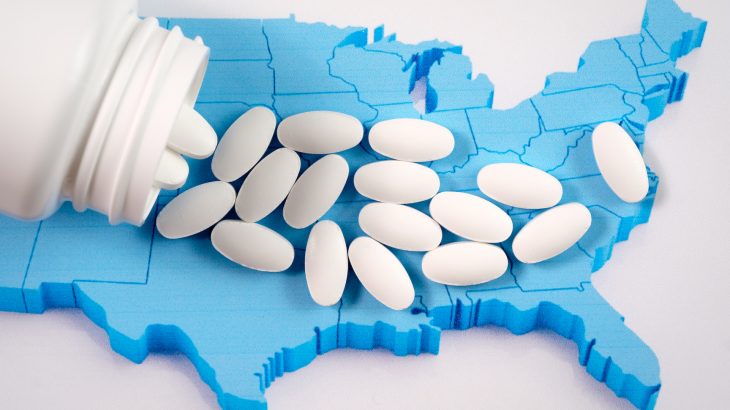 Lessons from the AIDS epidemic can help battle the opioid crisis

Over 115 people die every day from an opioid overdose, according to the National Institute on Drug Abuse.

Opioid addiction has become a major national crisis and policymakers as well as health experts are working to combat opioid misuse and addiction.

Not long ago, the United States was dealing with an entirely different health crisis. Since the beginning of the AIDS epidemic in the early 1980s, nearly 675,000 people in the US have died from the autoimmune condition, according to the Centers for Disease Control.

Now, researchers from the University Mailman School of Public Health suggest that there is much to be gained from looking at how the AIDS epidemic was handled, including treatments, political response, and media attention, that could inform more effective strategies in battling opioids.

“Despite the effectiveness of medication-assisted treatment for opioid use disorders, the mortality rate for opioids has surpassed that of the AIDS epidemic during its peak in the early 1990s–a time when there was no effective treatment for HIV/AIDS,” said Silvia Martins, an author of the study.

The study was published in the New England Journal of Medicine, and the researchers say that advances in medical treatment options won’t be enough to reduce opioid addiction in the US.

To say that the government, media, and the medical community failed in their response to the AIDS Epidemic is an understatement.

The stigma that surrounded HIV/AIDS and the gay community during the 80s, 90s, and early 2000s only helped spur prejudice and spread misinformation about the disease, including how it was contracted.

Doctors debated about the moral obligation of treating people with HIV/AIDS and the Reagan Administration was infamously silent on the issue until President Reagan finally publicly addressed the epidemic in 1987 after 23,000 people had died, according to the Washington Post.

In their New England Journal of Medicine study, the researchers say that these failings can be looked on an as important learning opportunity for how to address the opioid crisis on all fronts both medically and socially.

“Even as efforts are under way to scale up access to medication-assisted treatment for opioid use, it is vital not to assume a position of  ‘if we build it, they will come,’” said Caroline Parker, the first author of the study. “The benefits of scientific progress have been unequally distributed, with growing ethnic and sexuality-related disparities. This failure of equity should draw our attention to the importance of social factors in shaping who benefits from effective biomedical therapies.”

The researchers suggest a five-point action plan to help combat the opioid crisis.

Step one of the plan involves identifying the cultural, social, economic and structural barriers that prevent people from receiving treatment. So far, 80 percent of people with an opioid addiction don’t get the care they need.

“As the HIV/AIDS epidemic has taught us, the existence of effective medical treatment does not mean that people who need treatment can and will obtain it,” said Parker.

Step two says that policymakers and the medical community need to stop addressing the crisis on a case-by-case basis.

For step three, the researchers emphasize the importance of addressing the stigma of opioid misuse.

“It is critical to directly engage affected families and communities in policymaking and changing legislation to stop the criminalization of substance use disorders,” said Parker.

Step four calls on family and community members to take action and create a supportive network for people with opioid misuse problems. This will help with healthcare engagement and encourage more people to seek treatment.

Step five follows step four in that community engagement and action is critical to the success of any opioid crisis plan.

“As millions of dollars are appropriated at the state and federal levels for the opioid crisis, we face a choice,” said Martins. “Committing those resources exclusively to biomedical solutions is likely to reproduce the sharp disparities that we have seen with HIV, but learning from the failures and successes of our response to HIV can help us leverage support to ensure that the opioid response benefits all sectors of society.”