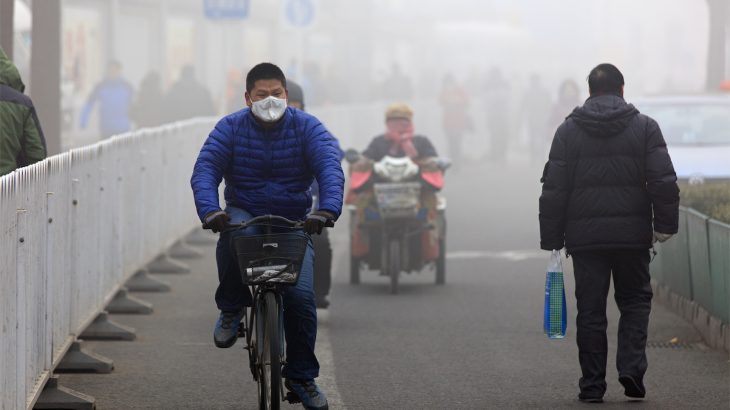 We like to think that our lives are generally extended by the advanced technology of our times.  For the most part, this is true. Lives of our hunter gatherer ancestors were undoubtedly harder in many ways and on average much shorter.  The reality of many societies with less advanced medical, safety and food technology is much the same today as it must have been for everyone in the past.  In many places, someone is “old” at age 40. It’s important to realize that however much technology helps prolong our lives, it can also be a double edged sword.

Some pollutants and environmental chemicals can shorten our lives or at least put them at risk.  Commonplace chemicals like BPA, which was used until very recently in plastic water bottles, sometimes create major health scares.  How Stuff Works reports that BPA is linked to increased risk for cancer and lower fertility rates among other health hazards.  It doesn’t stop with just water that comes from bottles either. Most readers will remember the ongoing water contaminant crisis in Flint, Michigan and other parts of the US.  Water is obviously essential to our lives, just like breathing.  It turns out pollutants we breathe in might be threatening and shortening our lives as well.

Earth.com has previously reported on the inequality of air pollution distribution inside the US.  Ethnic minorities and those living in poverty are more likely to be exposed to high levels of air pollution from traffic than others.  This significantly decreases life expectancy and increases the likelihood of death from cardiovascular related causes. The inequity doesn’t stop in the US either.  People in countries with less clean air regulation and pollution control often face an even steeper decrease in their life expectancies.

In many parts of Asia, one is struck by the prevalence of people wearing simple dust masks, at work, on the bus, just walking around.  There’s a good reason for the masks. Besides dust storms that are common in certain places, pollution is rampant in much of Asia. UNICEF reports that Ulaanbaatar, capital of Mongolia has some of the highest pollution rates in the world. Air pollutants in the city reached 133 times the recommended exposure rate on January 30, 2018.  Over half the entire population of Mongolia, a land of steppe plains and fossil rich cliffs, lives in Ulaanbaatar.

Reuters reported in February 2018 that Bangkok, a world hotspot of tourism issued pollutant warnings, was asking residents to wear masks.  Children and the elderly were cautioned to remain indoors. The South China Morning Post reported on December 13, 2018 that air pollution is killing one million people a year in China.  The pollution is also said to destroy corn, rice, wheat and soybeans. Of course the problem isn’t restricted solely to Asia and poorer parts of the US; it’s a problem that affects every corner of the globe at least to some small degree.  It’s a problem researchers at University of Chicago are now trying to face.

A new website created by the researchers, Air Quality of Life Index (AQLI), shows the stark realities of the problem.  You can use the website to calculate how much life you might lose depending on where you live.  For instance, in the US, air pollution shortens life on average of only 0.1 years compared to the 4.3 years lost to air pollution if you live in India from pollution over the WHO guidelines.  The website claims that air pollution is the ‘single greatest threat to human health globally’.  The average person loses two years to air pollution when the whole world is taken into account. Particulate matter seems to be the greatest problem when it comes to health risks from air pollution.

Incredibly small particles with diameters less than 10 micrometers can pass into our lungs and damage cells, increasing the risk of cancer.  Inflammation, chronic obstructive pulmonary disorder (COPD) and other lung problems, all common for smokers, can be caused just from the pollution in air.  Even smaller particles can cause more problems, because they can enter the bloodstream through the lungs. These smallest of inhaled particles can increase blood pressure, leading to strokes or heart attacks these particles even possibly damage the brain.  The possible long term effect could lead to Alzheimer’s or dementia.

There is a small hope held out by the AQLI website as well.  You can look at air pollution the world over from 1998 to 2016.  Sliding back the world map to 1998, it’s easy to see that some parts of the world have much improved from just two decades ago.  Much of the eastern US, the midwest and west coast have improved in the life forecast from dirty air. Some of the west coast still has room to improve, but it’s heartening to see that there are ways to push back the problem.  Surprisingly, even places like China, long known for its horrible air pollution problem, have shown signs of improvement.

A study published by the US National Academy of Sciences in 2013 shows the connection to shortened life and air pollution in China.  The government in an experimental approach, gave people free coal heaters to people living north of the Huai River, while keeping heaters from those to the south.  The results are stunning; those to the north with their coal heaters on average lost 5.5 years of life expectancy. This totals to 2.5 billion years of life expectancy lost on the 500 million people living north of the Huai River.  After the release of the study, the Washington Post reports that the government of China launched a ‘war on pollution’.  Cities were forced to reduce emissions and industry pollution was curtailed.  Within just four years, PM 2.5, the smallest particular pollutant, concentrations were reduced by 32% on average.  Beijing is said to have reduced pollution by 20% just last year. Despite the hope of China’s change, not everywhere is showing improvement.

Another study in Geophysical Research Letters from 2016 shows that air pollution lead to roughly 570,000 premature deaths in India in 2011.  Little is being done about the problem of air pollution in India. Vox reported in October of this year that on a WHO list, 11 of 12 most polluted cities in the world, are found in India.  Refugees have even been known to flee some of India’s most polluted areas just to escape the toxic air. The exception to the list of Indian cities was Bamenda in Cameroon, showing that Africa has a growing pollution problem as well as Asia.

In the US, the Clean Air Act of 1970, and the EPA make our lungs healthier and our lives potentially longer than in other parts of the world.  In the 70s, parts of the US had air pollution levels similar to those now found in Asia and we’ve worked hard to improve that situation. Still it’s not a story of universal improvement.  Treehugger.com reported in 2013 that Fairbanks Alaska has worse air pollution than Beijing, largely because of unreported wood burning stoves.  The strength of the Clean Air Act and other regulations, here and abroad have the power to contribute to long, healthy lives.