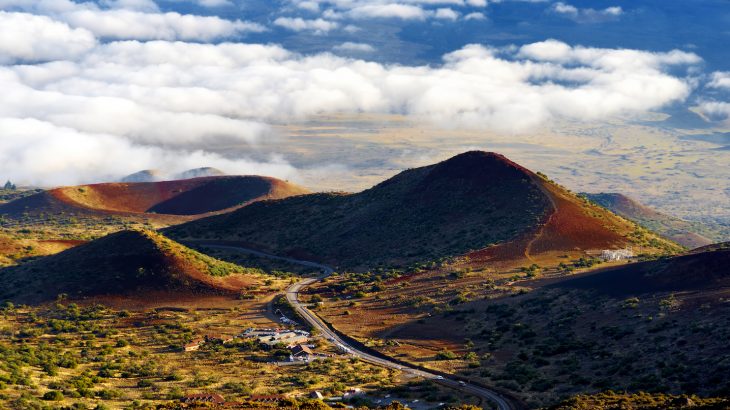 This week, the US Geological Survey raised the alert level for Mauna Loa, the world’s largest active volcano.

An increase in seismic activity and ground swelling starting in March of this year has led to the volcano’s status changing from a normal alert level to an Advisory.

Currently, 50 to 75 earthquakes per week have been recorded in the area.

While an eruption is not imminent, the volatile nature of Hawaii’s volcanoes means that Mauna Loa could start spewing large volumes of lava in a very short amount of time.

This is not the first time that the alert level has changed for Mauna Loa, and in 2015, a surge in seismic activity caused officials to raise the alarm.

The US Geological Survey has a two-part alert level system, one to warn people in close proximity to the volcano and one to warn those that are flying near a volcano. For people on the ground, there are four alert levels with Advisory being the second tier up.

‘Advisory’ means that activity has been recorded and there is unrest in the region, while an alert level ‘Watch’ means that an eruption might happen. If the alert is raised to ‘Warning’, an eruption is imminent.

The US Geological Survey wants to ensure that people are not panicked at this time but aware of the increased seismic activity.

Gas emissions are low, and if an eruption were likely to happen, there would 50 or more earthquakes every day, which is why the alert has only been raised to an Advisory.