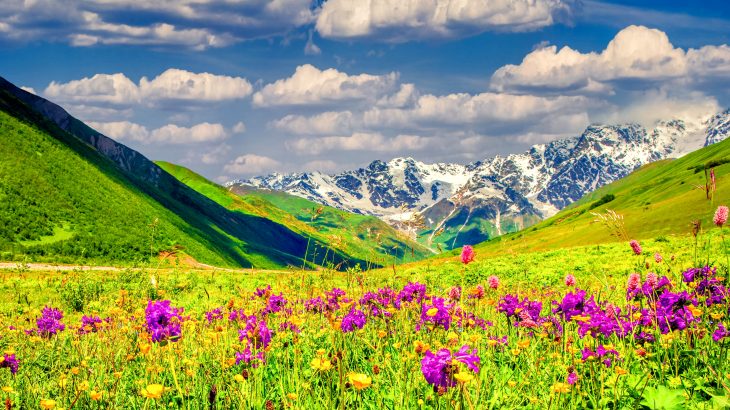 A new study from the University of Basel shows that global warming is drastically changing trends in snow cover across the Alps, which will have a major impact on alpine plants.

“Snow cover protects alpine plants from frost and the growing season begins after the snowmelt. Changes in the snowmelt have a very strong influence on this period,” explained study lead author Dr. Maria Vorkauf.

The team examined how the date of snowmelt has changed across the Alps in recent decades and what further changes can be expected by 2100.

“The growing season of alpine plants above the climatic treeline is closely tied to snowmelt dates,” wrote the researchers.

“Therefore, the mostly long-lived alpine perennials only have about three months for their seasonal development, but there is a high local variability due to the complex topography and substantial snow redistribution by wind in winter. Most of an alpine plant’s growth occurs during the first few snow-free weeks.”

The experts report that by the end of this century, it will be a rare occurrence to see continuous snow cover for 30 days at an altitude below 1,600 meters.

The study showed that snow cover has been melting earlier by an average of  2.8 days per decade since the 1960s. According to the researchers, this trend corresponds with rising temperatures and cannot be offset by higher amounts of snowfall.

“As soon as the three-week running mean of daily air temperatures exceeds 5 °C, snow melts relatively quickly,” explained Dr. Vorkauf. “At high elevations in particular, temperature is much more important than the depth of the snow cover.”

Based on measurements of snowmelt between 1958 and 2019, the researchers developed a computer model to forecast the future development of alpine snow cover. The data was combined with the latest climate scenarios for Switzerland.

The computer simulations revealed that by 2100, snow cover at an elevation of 2,500 meters could disappear one month earlier than today.

“Some species such as the Alpine sedge, which is typical of alpine grasslands, will grow and flower earlier because of the early snowmelt,” said Dr. Vorkauf.

The researchers concluded that an earlier snowmelt by up to one month will affect hydropower production, winter tourism in the Swiss Alps, and will expose alpine plants and soils to a higher frost risk with additional consequences on biogeochemical cycles.

The study is published in the journal Climatic Change.