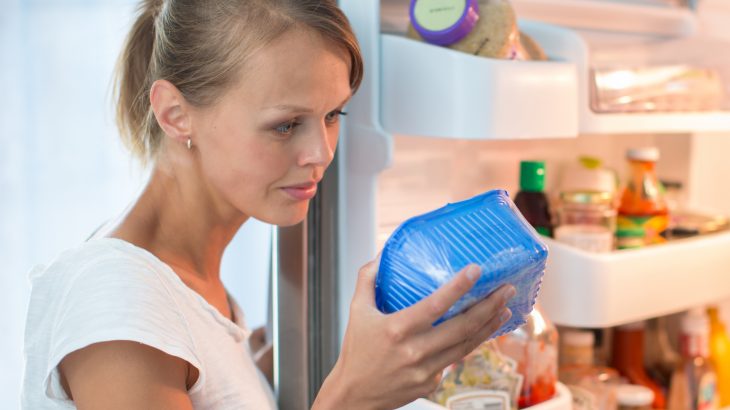 In a new study from Ohio State University, researchers have determined that Americans throw out a lot more food than what they anticipate. The experts theorize that this food waste is largely driven by ambiguous date labels on packages.

“People eat a lot less of their refrigerated food than they expect to, and they’re likely throwing out perfectly good food because they misunderstand labels,” said Professor Roe. He said that this is the first study to offer a data-driven glimpse into the refrigerators of American homes, and provides an important framework for efforts to decrease food waste.

Survey respondents expected to eat 97 percent of the meat in their refrigerators, yet only ate about half. The participants also consumed 50 percent less of their vegetables, 31 percent less fruit, and 42 percent less dairy products compared to what they anticipated. The top reasons for throwing out food were safety concerns about the odor, appearance, and dates on the labels.

“No one knows what ‘use by’ and ‘best by’ labels mean and people think they are a safety indicator when they are generally a quality indicator,” said Professor Roe. He noted that there is currently a proposal before Congress to standardize date labeling rules to provide some clarity.

The study was focused on data from the State of the American Refrigerator survey, which involved 307 participants. The individuals were asked to report on how much of the fruits, vegetables, meats, and dairy products in their refrigerators that they expected to be eaten. In a follow-up survey, the participants reported how much of the food was actually consumed.

“We wanted to understand how people are using the refrigerator and if it is a destination where half-eaten food goes to die,” said Professor Roe. “That’s especially important because much of the advice that consumers hear regarding food waste is to refrigerate (and eat) leftovers, and to ‘shop’ the refrigerator first before ordering out or heading to the store.”

Approximately 1.3 billion tons of food is lost or wasted annually, which is about one-third of the food produced worldwide for human consumption. The Food and Agriculture Organization of the United Nations estimates that the value of this food waste is $680 billion in industrialized countries and $310 billion in developing countries each year.

The study is published in the journal Resources, Conservation and Recycling.