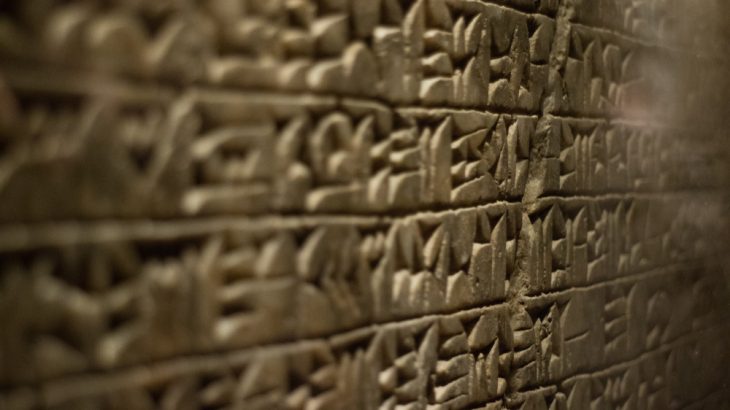 A set of clay tablets written 2,700 years ago has given archaeologists a look into the world of Mesopotamia’s ancient doctors.

The tablets were found in modern Iraq decades ago. Now, new analysis has revealed that they were written by a young doctor named Kisir-Aššur. Writing in the Sumerian script known as cuneiform, Kisir-Aššur recorded information about his work, the training he received, a number of medical procedures – and magic rituals.

“The sources give a unique insight into how an Assyrian doctor was trained in the art of diagnosing and treating illnesses, and their causes,” Dr. Troels Pank Arbøll from the University of Copenhagen told ScienceNordic. “It’s an insight into some of the earliest examples of what we can describe as science.”

The tablets, which Kisir-Aššur wrote in chronological order, is allowing researchers to work out the timeline of the training received by ancient doctors.

They also give a glimpse of a field moving away from the mystical and into the scientific. While magical cures were likely still common at the time, researchers said, plant-based medicines, poultices and bandages are also described on the tablets.

“It is possible that he studied the effects of venom from scorpions and snakes on the human body and that he perhaps tried to draw conclusions based on his observations,” Arbøll said.

Many of the ideas Kisir-Aššur outlined were similar to those developed by Hippocrates, widely considered the father of modern medicine, hundreds of years later.

On one tablet, Kisir-Aššur described an enema used by ancient doctors to treat jaundice: “If a man is ill with bile, ahhazu-jaundice, or amurriqaanu-jaundice, to cure him: kukuru-plant, burashu-juniper, ballukku-plant, suadu-plant, ‘sweet reed’, urnû-plant, ataʾishu-plant, ‘fox-wine’, leek(?), ‘stink’-plant, tarmush-plant, ‘heals-a-thousand’-plant, ‘heals-twenty’-plant, (and) colocynth,” the researchers translated. “You weigh out these 14 plants equally (and) boil (them) in premium beer. You leave (the blend) outside overnight by the star(s). You sieve it (and) add plant oil and honey into it.”

The researchers believe that Mesopotamia’s ancient doctors learned their craft on animals and practiced on infants before treating adults.

“Kiṣir-Aššur copied and recorded mostly pre-existing treatments and you can see that he catalogues knowledge and collects it with a specific goal,” Arbøll said.