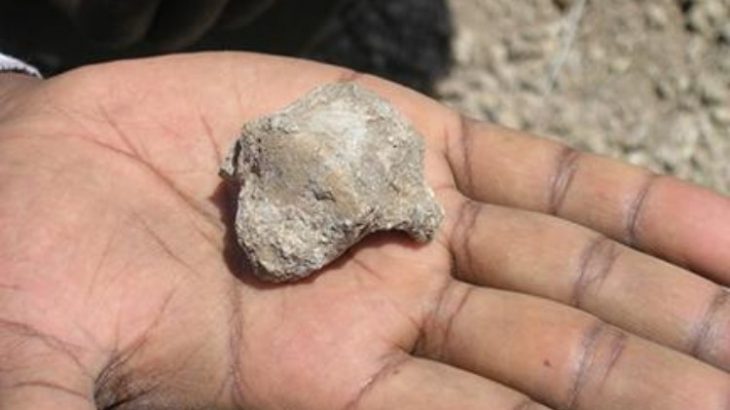 Skeletal fragments from 4.5 million years ago show an ancient human ancestor may have been more reliant on bipedalism than previously believed.

Researchers led by Dr. Scott W. Simpson of Case Western Reserve School of Medicine analyzed the skeletal remains of a female Ardipithecus ramidus, discovered in the Afar region of Ethiopia.

The remains included foot and ankle bones from the ancient human ancestor, and the team’s analysis found that she may have walked on two legs a lot more than earlier researchers anticipated.

“Our research shows that while Ardipithecus was a lousy biped, she was somewhat better than we thought before,” Simpson said.

While the toe bones they had showed that Ardipithecus did not have a big toe parallel to her other toes like modern humans, she was already undergoing adaptations that would allow her foot to work like a lever when walking.

“This evidence for cartilage shows that the big toe was used in a more human-like manner to push off,” Simpson said. “It is a foot in transition, one that shows primitive, tree-climbing physical characteristics but one that also features a more human-like use of the foot for upright walking.”

Previous studies of Ardipithecus remains showed that the species – which spent a good deal of its time in trees – was also able to walk bipedally on land. However, earlier specimens didn’t show the kind of adaptations to support bipedalism that Simpson and his team found in the new female remains.

The discovery is a breakthrough in creating a timeline of human evolution, from our earliest ancestors to the modern day.

“The fact that Ardipithecus could both walk upright, albeit imperfectly, and scurry in trees marks it out as a pivotal transitional figure in our human lineage,” Simpson said.

This isn’t the only recent study to suggest that human ancestors walked bipedally earlier and more frequently than anthropologists suspected.

The new study has been published in Journal of Human Evolution. The remains studied by Simpson and his colleagues were collected as part of the Gona Project, which has been leading research in Ethiopia since 1999.