Ancient human ancestor left clues to his lifestyle in his footprints • Earth.com 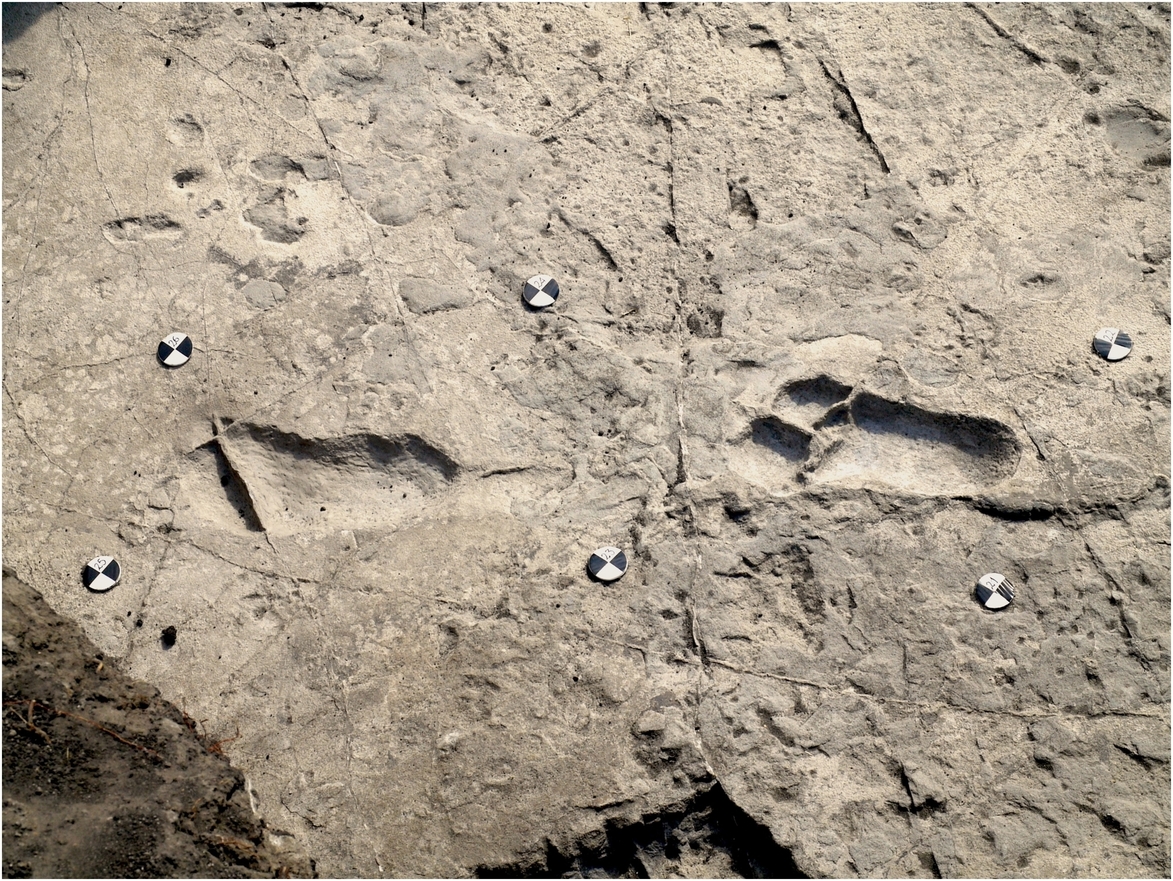 Ancient human ancestor left clues to his lifestyle in his footprints

A new set of footprints at Laetoli have snagged anthropologists’ attention. They offer fascinating new clues into the lifestyle of an ancient human ancestor.

The original Laetoli footprints were left by a trio of human ancestors – most likely Australopithecus afarensis, the same species as “Lucy” – more than 3.6 million years ago. The 88-foot-long trail was discovered in Laetoli, Tanzania in 1978, and became famous for showing that Lucy and her species walked upright like modern humans.

The newly discovered set of ancient human ancestor footprints, just 160 yards away, offers even more intriguing clues about A. afarensis.

S1, the nickname anthropologists have given the ancient human ancestor who left the prints, was probably male, according to anthropologists. They can’t tell for sure based on footprints alone, they admitted.

Based on his footprints, he probably stood at about 5 feet, 5 inches tall – extremely tall for A. afarensis – and weighed about 100 pounds, and he might have been popular with the ladies because of it, the researchers said.

If he was 5-foot-5, he would have towered a full 8 inches taller than his fellows who left the other footprints at the site. Lucy, the most famous A. afarensis, stood only about 3 ½ feet tall.

“Our results are consistent with considerable body size variation and, probably, degree of sexual dimorphism within a single species of bipedal hominins as early as 3.66 million years ago,” Dr. Fidelis Masao and his co-authors wrote in an analysis of their discovery.

If S1 is male, and if males of A. afarensis were much larger than females as the new find seems to indicate, it could offer clues to their social structure, the researchers said. Gorillas, which show similar disparities between the biological sexes, often form “harem”-like social structures, where a dominant male, a group of females, and their offspring form a social unit, the anthropologists noted.

However, the estimates of S1’s height and weight – and those of the other hominins who left footprints in the volcanic ash at Laetoli – could change radically based on future discoveries, said Dr. William Jungers of Association Vahatra.

“The footprints preserved at Laetoli are what are known as ‘trace fossils,’ because they are traces of behavior rather than the petrified remains of actual body parts,” he wrote in a commentary on the new findings.

Anthropologists have never found a complete A. afarensis foot, he pointed out. So the footprints at Laetoli can offer clues to behavior, including that A. afarensis is bipedal, but only guesses at the physical characteristics such as height and age of the human ancestors who left them, he said.

Both the report of the new discovery and the commentary on Masao and his colleagues’ analysis of it were published in the journal eLife.