Animals who camouflage with the season affected by climate change • Earth.com 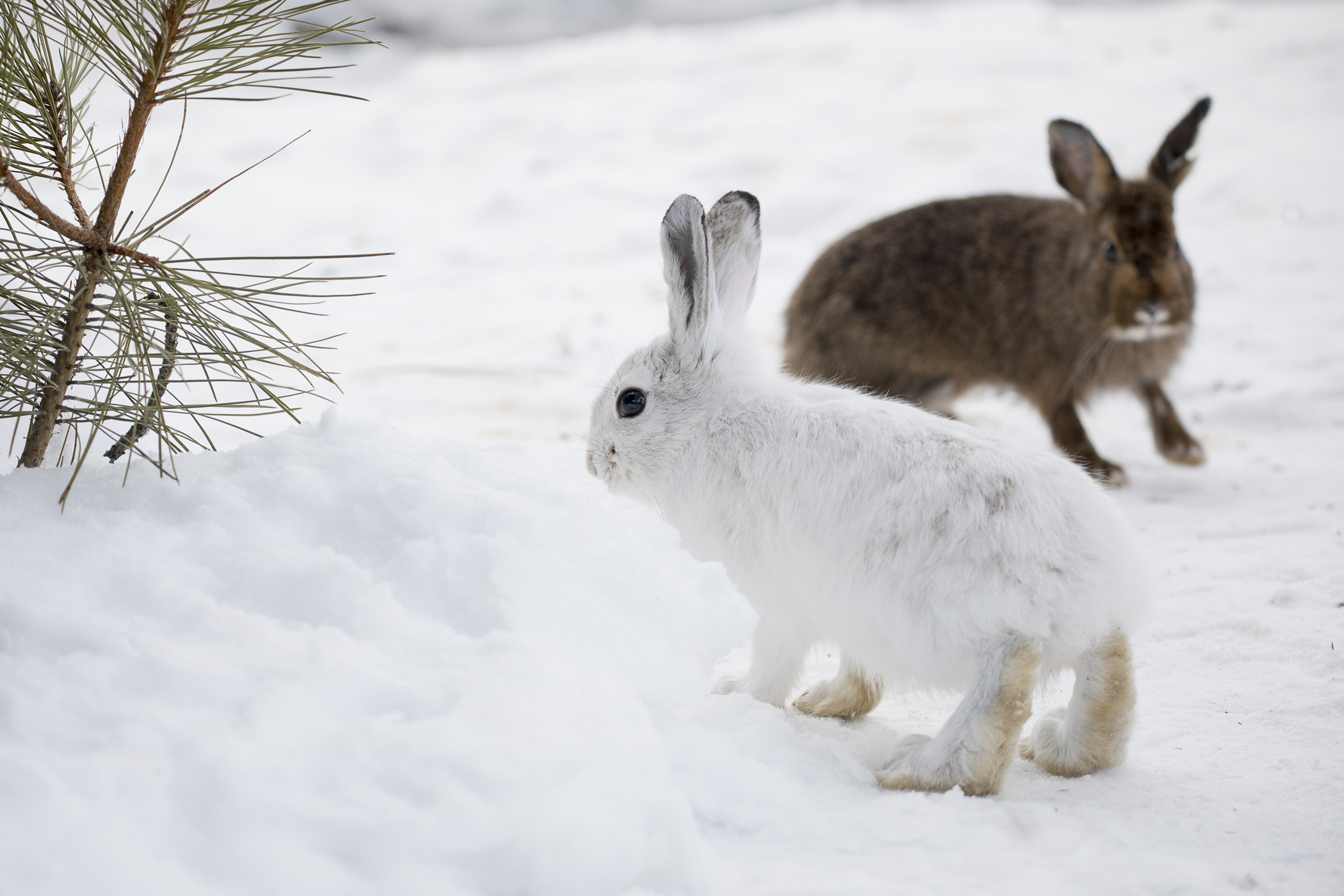 Animals who camouflage with the season affected by climate change

Some species change the color of their coat to match the seasons and avoid predators. In fact, 21 species of mammals and birds, including weasels and rabbits, have white coloring in the winter, and then their coat then changes to brown in the summer.

This ability is crucial to the species’ survival, but climate change has caused winters to be milder, arrive later, and spring melts to come earlier each year.

Animals who change their coats to white to blend in are out of place and easily spotted in areas affected by warmer winters.

Snowshoe hares, for example, have experienced higher mortality rates in areas with less snow than usual, and with the increasing impacts of climate change, population decline is predicted to worsen.

However, some species have evolved to where they don’t change their coat color in places with typically milder winters.

A team of researchers led by L. Scott Mills, a professor from the University of Montana, examined this kind of adaptive evolution to see if  evolution could rescue species in at-risk areas who continue to change their coat color despite the surroundings.

Their findings were published in the journal Science and could reduce the risk of population loss and decreased biodiversity in the wake of climate change.

“Weasels in the southern U.S. and mountain hares in Ireland, for example, have evolved to remain brown year-round,” said  Mills said. “This is a genetic adaptation to retain camouflage in areas where snow is intermittent or sparse.”

The researchers identified areas that could potentially foster adaptive evolution or “evolutionary rescue” in at-risk species. These areas have both brown and white animals coexisting in winter.

The fact that there are individuals with both brown and white coats in winter is important to possible evolutionary rescue.

“These areas hold the special sauce for rapid evolutionary rescue,” said Mills. “Because they contain winter-brown individuals better adapted to shorter winters, these polymorphic populations are primed to promote rapid evolution toward being winter brown instead of white as climate changes.”

The results show that it could be possible to help save several species from population decline caused by climate change through adaptive evolution. However, the researchers note that the solution should not be seen as a replacement for climate change mitigation