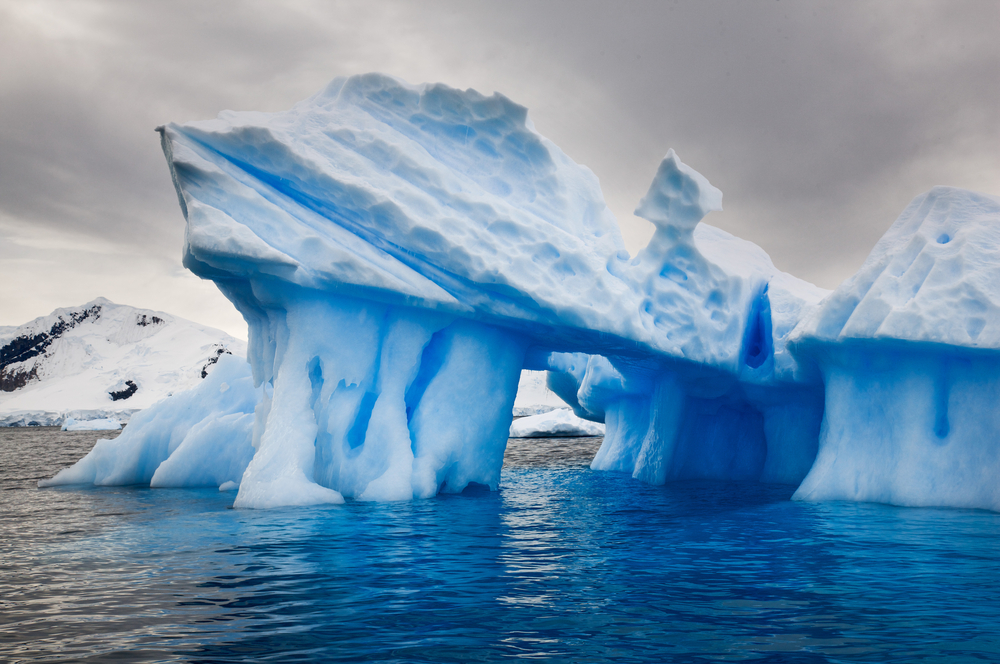 Massive chunk of Antarctic ice shelf poised to break away

A gargantuan piece of ice slowly cracking away from an Antarctic ice shelf could be among the ten largest icebergs on record when it finally breaks off, scientists said.

The future iceberg is part of the Larsen C ice shelf on the western part of the continent. Glacial retreat and crumbling ice shelves have been the norm in western Antarctica for years now, and many scientists attribute it to climate change.

Researchers have been watching Larsen C for signs of melting or breaking up for several years. Larsen C has had a large rift for quite some time, but it began widening suddenly this past December, according to scientists with Project MIDAS, a UK-based research team that studies Larsen C. The rift grew by more than 11 miles in just the second part of the month.

In August of last year, the rift grew by nearly 14 miles in a similar event. It’s more than 300 feet wide.

The chunk of ice set to drop into the sea is about a quarter of the size of Wales, the Project MIDAS team said. A strip of ice only slightly more than 12 miles wide still attaches the ‘berg to the Antarctic ice shelf.

Nearby Larsen A collapsed in 1995, and Larsen B crumbled unexpectedly in 2002 after calving a massive iceberg of its own. The scientists are worried that when Larsen C’s iceberg cracks away, it may trigger a similar breakup.

The iceberg – and the collapsing ice shelf, if it comes to that – are unlikely to contribute to sea levels rising, the researchers said. However, that could be cold comfort. If the glaciers behind the ice shelf start flowing into the sea, that could trigger a rise, they said.

If all of the glacial ice that Larsen C is holding back were to melt into the ocean, it could rise nearly four inches. Still, the research team isn’t sure that event will happen, or when, or how long it would take.

Right now, they’re only sure of one thing: the oceans could have a new, very large iceberg very soon.

Project MIDAS monitors the rift and other ice shelf and glacier activity in western Antarctica via satellite data and through visits to the icy southern continent.

The scientists suspect that the rise in global surface temperatures that scientists have recorded over recent decades played a role in creating the rift. However, they don’t have enough specific evidence to make a confident declaration, they said.