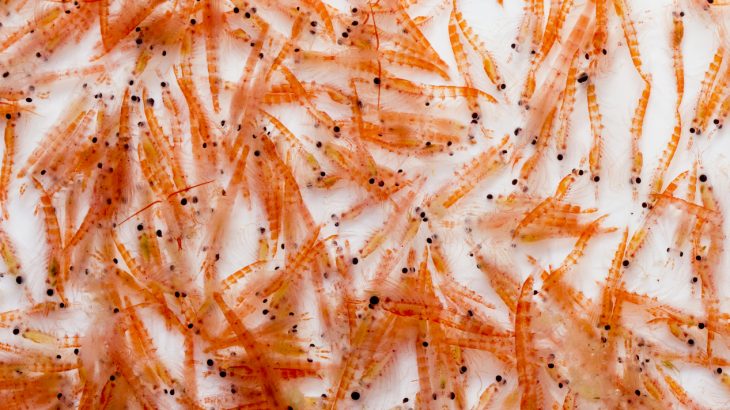 Krill are a key food source for many marine animals including whales, penguins, seabirds, seals, and fish. Krill are small, shrimp-like crustaceans that swim in vast swarms that are sometimes dense and wide enough that they can be viewed from space, according to National Geographic.

Unfortunately, Antarctic krill populations appear to be declining. A new study has found that climate change is driving Antarctic krill southward and changing species distribution which could have an irreversible impact on the Southern Ocean food web.

The study was led by researchers from the Plymouth Marine Laboratory and the British Antarctic Survey and published in the journal Nature Climate Change.

Not only did the researchers find that krill are shifting towards the South Pole, but the further north you go, the steeper the declines in krill density.

The shifts are bad news for the many species that rely on krill, and the study shows that krill distribution predictions based on environmental changes are coming true.

Researchers have been collecting data on Antarctic Krill since the 1920s. At first, the data was meant to help inform whale conservation efforts but the researchers identified an interesting trend in krill distribution in the data.

The researchers say that from the 1980s onwards, the data shows clear changes in distribution and density in Antarctic krill populations.

“Our results suggest that over the past 40 years, the amount of krill has, on average, gone down, and also the location of the krill has contracted to much less of the habitat,” Simeon Hill, a lead author of the study, told BBC News. “That suggests all these other animals that eat krill will face much more intense competition with each other for this important food resource.”

Krill feed on phytoplankton, and the distribution changes likely have a lot to do with the krill’s search for abundant food and a more hospitable habitat with more sea ice.

According to the BBC, the Southern Annular Mode is one of the main drivers of krill distribution changes in recent years. The researchers also found changes in krill size.

“And that’s because the population has increasingly become dominated by older and larger animals,” Hill told BBC News. “This is a result of a decline in the number of krill entering the population – what we call juvenile recruitment.”

The study shows how sensitive the Antarctic ecosystem is to climate change and calls for stronger climate change mitigation to protect the Southern Ocean food web from collapsing as krill get more scarce.