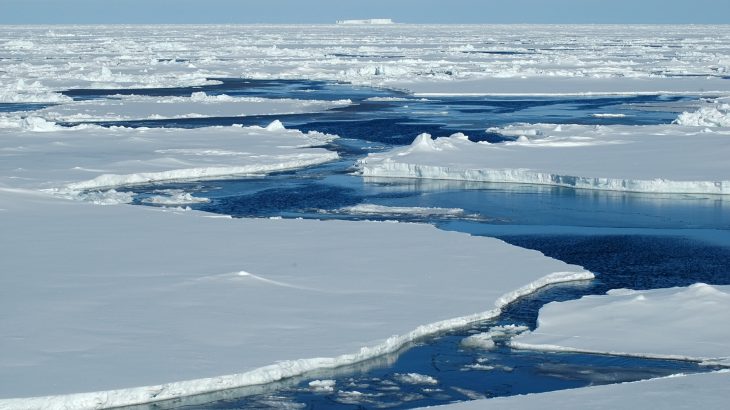 A new study has revealed that it took just three years to eliminate more than three decades of sea ice gains in Antarctica. The ice shrank so quickly that it exceeded rates of retreat recorded in the Arctic, which is undergoing a transition that is unprecedented in human history.

“It’s very surprising. We just haven’t seen decreases like that in either hemisphere,” said study author Claire Parkinson, who is a climatologist at the NASA Goddard Space Flight Center.

Parkinson analyzed satellite observations of Antarctic sea ice levels from 1979-2017. She discovered a rapid decline in ice which was so extreme that it completely transformed the ice from its highest extent in 2014 to its lowest extent by 2017.

“There’s a lot of interannual variability in both Arctic and Antarctic sea ice, but Arctic sea ice has been decreasing in extent since the late 1970s, which is consistent with what we’d expect,” said Parkinson. “What was happening in Antarctica could not be so easily explained.”

Before the sea ice began steadily accumulating around 1979, there had been a substantial decrease in ice cover during the mid-1970s. This suggests that the current trend will also reverse, and that it is not necessarily tied to climate change.

“To argue that this recent dip is evidence of the start of a longer term decline driven by greenhouse warming is premature,” Mark Serreze, director of the U.S. National Snow and Ice Data Center, told New Scientist. He added that the decline may just be natural variability, driven by changing wind patterns.

Andrew Shepherd is the director of the Centre for Polar Observation and Modelling at the University of Leeds.

“Growth of Antarctic sea ice over the past few decades had been a relief, because it offset some of the rapid losses in the Arctic,” Shepard told CNN. “Now that sea ice is retreating in both hemispheres we should be concerned about our planet’s temperature because it means less of the sun’s heat is reflected back into space.”

The study is published in the Proceedings of the Natural Academy of Sciences.