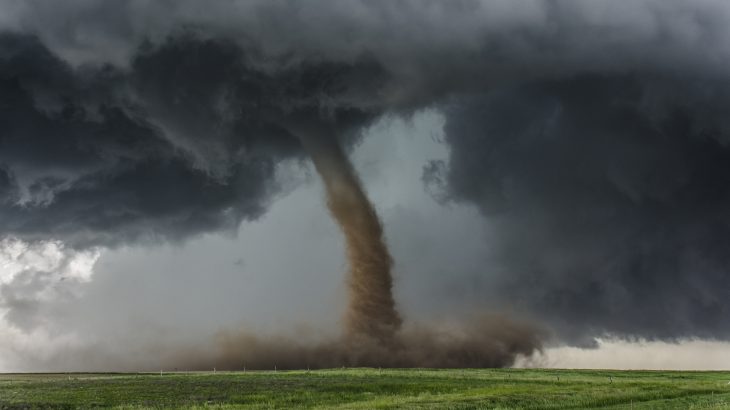 Experts may have just pinpointed how sea-surface temperature patterns influence the number, strength, and distribution of April tornadoes across the south-central region of the United States.

Published by the American Association for the Advancement of Science, the study highlights the fact that changing climate patterns such as warming trends have the potential to affect tornado formation within seasons.

The research may ultimately lead to the development of improved methods for predicting tornadoes, which would help reduce fatalities and widespread property loss during peak tornado months.

In 2011, nearly 1,700 tornadoes claimed over 500 lives and caused $10 billion in property and crop damage across North America. The next tornado season in 2012 produced 900 tornadoes and resulted in 70 deaths.

In an effort to better understand the potential causes underlying such fluctuations from year to year, the research team conducted a month-by-month analysis of tornado counts across North America from 1954 to 2016. In particular, the investigation was focused on springtime events across Tornado Alley.

When comparing the number of tornadoes in May to corresponding sea surface temperature patterns, the researchers found no significant connection. This finding indicates that tornadoes occurring in May are more strongly influenced by internal atmospheric processes.

Based on these results, the study authors propose that shifting weather patterns within seasons are important factors to consider when measuring the impact of climate change on tornado frequencies.