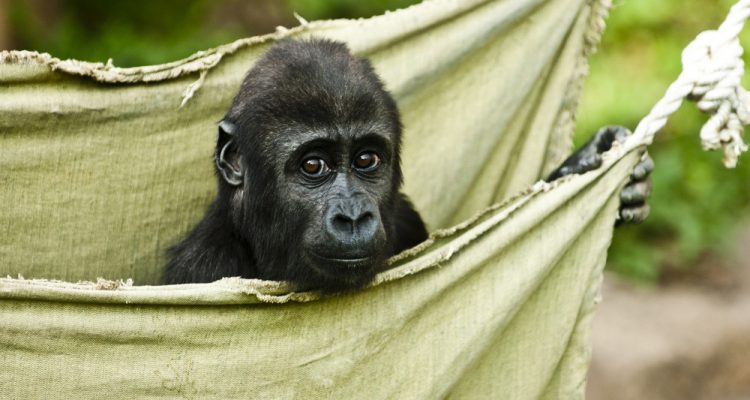 When Margaret Groom, the archivist for the village of Uley, began piecing together the tiny town’s history for a book, she knew she had to include John Daniel. Though the gorilla’s story only spanned 4 ½ years, it was a big event in Uley history.

The story began in 1918, when French officers shot the parents of a baby lowland gorilla. The little gorilla ended up in a London department store, according to Groom’s book.

When Major Rupert Penny discovered the baby ape, he purchased it for what would be about $31,000 today. Penny named the gorilla John Daniel, according to “Notes from the Uley Archives.”

The book describes how Penny gave John Daniel to his sister Alyce Cunningham, who nicknamed him “Sultan” and raised him like a human child.

The village’s children would go for walks with John Daniel or push him in a wheelbarrow, the book said. Some of the villagers shared with Groom how John Daniel would eat roses and knew which house had the best cider. He also enjoyed watched the village cobbler work, Groom said.

Cunningham gave the little gorilla his own bedroom, where he learned to use the light switch and made his own bed, the archivist added. John Daniel even went to dinner parties in London.

“Notes from the Uley Archives” shares the gorilla’s story, along with photos of his childhood in the village.

Like most gorillas, John Daniel grew much larger than a human – to about 210 pounds, the book said. Cunningham could no longer care for him, so when an American man offered to buy him in 1921, she agreed. The American buyer promised to take John Daniel to a safe home in Florida, Groom said.

Instead, he was sent to a circus, then displayed at the Ringling Bros. zoo in New York’s Madison Square Garden.

The gorilla began to have health problems. The circus owners believed he was pining, and wrote to Cunningham urging her to visit.

She set off right away, according to the book, but was too late. John Daniel died at 4 ½ years old.

John Daniel’s body was sent to a taxidermist and is still on display at the American Museum of Natural History in New York, Groom said.

Though short, the gorilla’s story is a fascinating peek into the bond between animals and their human companions, and the history of an English village.