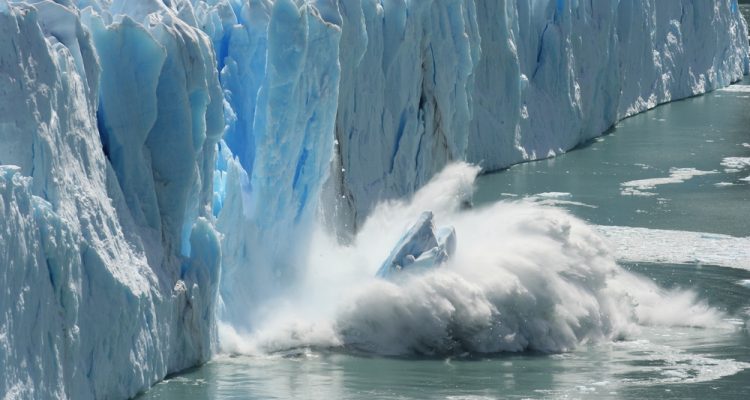 As we reported earlier today, climate change is causing extreme reactions in the Arctic, where temperatures are rising twice as fast as in the rest of the world. Ice caps are melting and sea levels are rising, but there is at least one silver lining: the Arctic climate change opens up potential for commerce in the area, specifically agriculture.

In October, experts at a conference in Iceland discussed the potential for a growing Arctic agricultural economy. Over the next few decades, climate conditions are predicted to evolve so much that the land may be able to sustain vegetable and grain crops, as well as raising livestock. As Torfi Johannesson, president of the Circumpolar Agricultural Association, put it: “Agriculture will be possible in many places where it is not now.”

Warmer temperatures have ushered in a longer growing season that will only continue to extend. Milan Sipka, director of the Agricultural and Forestry Experiment Station at the University of Alaska Fairbanks, added, “The ability to work the ground occurred at least two weeks earlier [in the season] than what anyone would have expected.”

Today, Alaska is home to 750 farms covering 830,000 acres of farmland that added $48 million to the economy in 2014. As the ground becomes more fertile and plant-friendly, it will not only allow for crop growth, but also increased grassy space to provide nourishment for animals. “There is all kinds of evidence that climate change is presenting positive impacts on agriculture in south Greenland, in terms of yield and variety,” said Joan Nymand Larsen, research director at the Stefansson Arctic Institute in Iceland.

But the effects are not all positive. The region will also fall foul to pests and diseases that didn’t previously exist there. Rainfall will also vary – some potential farming areas may experience drought, while others flood.

The growing agricultural industry in Greenland could also run into conflict with the mining industry. Mining plays a huge part in Greenland’s economy, but radioactive dust from mining could contaminate nearby farming soil.

Only time will tell how the growth of Arctic agriculture will play out. For now, the possibility of such an industry brings a small bit of good news to an otherwise distressing climate trend.