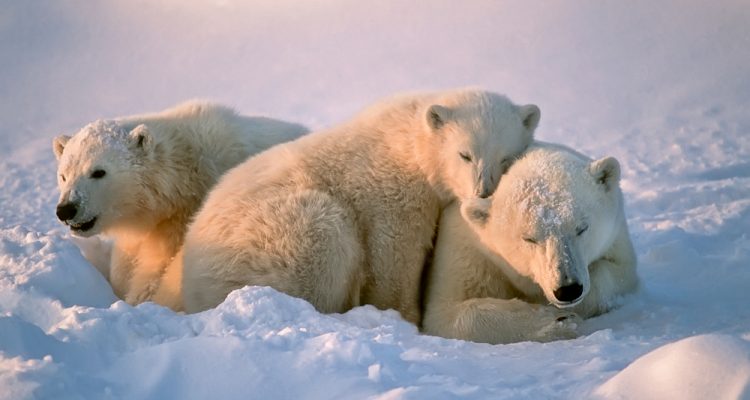 As sea ice near the North Pole melts, polar bears already face the threat of disappearing habitat. Now a study shows they face another: Arctic pollution.

A new analysis by researchers from the University of Milano Bicocca and Masaryk University found that persistent organic pollutants pose a much higher risk to polar bears than to other Arctic predators.

“Persistent organic pollutants (POPs) are chemicals that remain intact in the environment for long periods, travel long distances, accumulate in living organisms, and are toxic to humans and wildlife,” the researchers wrote in their analysis.

The researchers decided to look into how these compounds affect wildlife in the Arctic Circle.

They looked at how POPs – particularly concentrations of 19 chemicals – affect Arctic cod, ringed seals, and polar bears. They also looked at both adult animals and their young offspring.

The analysis looked at studies over the past several years on both Arctic pollution and on the three specific animal species.

For the fish, there was not enough data from all years to give a complete picture.

“The present study indicates a very high potential for toxic effects at least at the top levels of the Arctic food web, particularly for a top predator such as the polar bear and for its offspring,” the researchers wrote.

Arctic pollution can cause a number of health problems in the vulnerable polar bears. Possible effects of exposure to POPs include neurological damage, changes to the endocrine system, and changes to reproduction.

The International Union for Conservation of Nature estimates that there are only about 26,000 polar bears living today, all of them in the Arctic. They’re listed as vulnerable on the IUCN Red List.

The researchers urge officials around the world to take steps to prevent contamination of the Arctic with POPs.

“The present results also provide insights for international stakeholders into the need for further implementation of mitigation measures … to avoid global pollution problems that could only be solved over generations,” they wrote.

The analysis was published in the journal Environmental Toxicology and Chemistry.