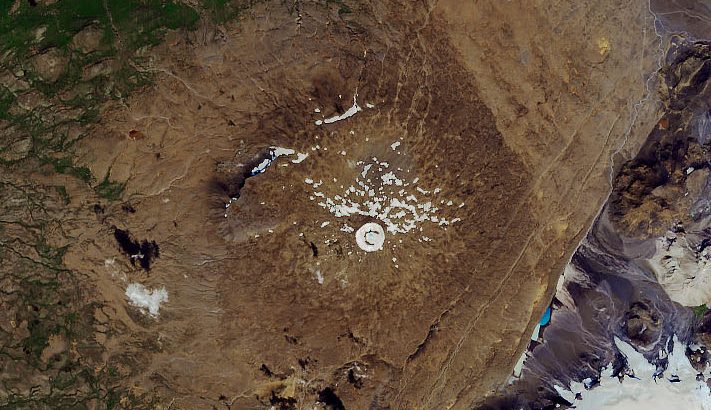 NASA has released satellite images which reveal the shocking 30-year transition of the Okjökull (Ok) Glacier, which lost its status as a glacier in 2014. By this time, the glacier had shrunk down to less than seven percent of its original 5.8 square miles.

The Ok glacier has now ceased all movement and has transitioned into what experts refer to as dead ice. The NASA pictures show how unprecedented warming in the Arctic completely transformed the enormous glacier in just three decades.

Images taken in 1986 captured the glacier when it still covered a huge mountainside in western Iceland. By 2019, however, an image shows that only a tiny patch of ice remains.

Experts at NASA explained that the heatwave which struck Europe this year is accelerating melting across the region.

“Notice the areas of blue meltwater, which are likely associated with a mass of warm air that hit Iceland as it moved from mainland Europe to Greenland in late July,” NASA said in a statement.

On August 18, Iceland will host an official ceremony to commemorate the loss of its famous Okjökull Glacier, which is the first of many glacial casualties expected from global warming. 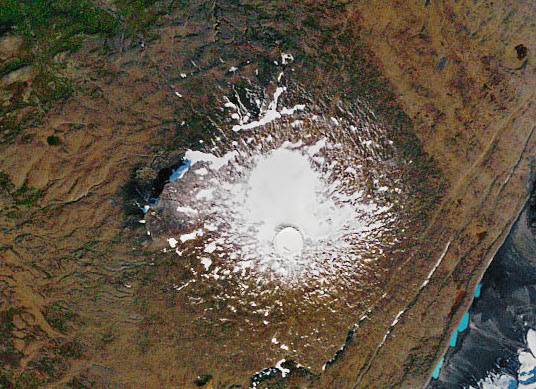 The glacier will be memorialized on a plaque that is inscribed with “a letter to the future” composed by famous author Andri Snaer Magnason.

“Ok is the first Icelandic glacier to lose its status as a glacier. In the next 200 years, all our glaciers are expected to follow the same path. This monument is to acknowledge that we know what is happening and what needs to be done. Only you know if we did it,” Magnason wrote in the tribute.

Cymene Howe is an associate professor of Anthropology at Rice University who helped produce the 2018 documentary “Not Ok.”

“This will be the first monument to a glacier lost to climate change anywhere in the world,” said Howe. “By marking Ok’s passing, we hope to draw attention to what is being lost as Earth’s glaciers expire. These bodies of ice are the largest freshwater reserves on the planet and frozen within them are histories of the atmosphere. They are also often important cultural forms that are full of significance.”