This artificial blowhole can make electricity from ocean’s energy • Earth.com 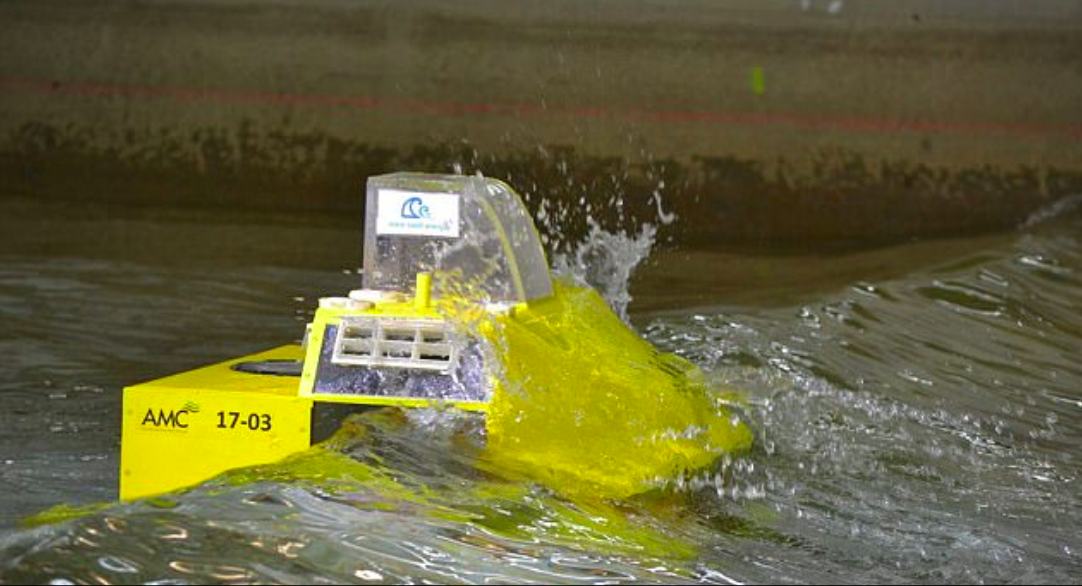 This artificial blowhole can make electricity from ocean’s energy

A new device that captures energy from the ocean should be able to produce electricity for about the same price as burning coal, New Atlas reported.

The device, described as an “artificial blowhole” is being developed by an Australian company, Wave Swell Energy.

It’s a concrete column that sits in the sea, funneling waves in and out of a central chamber that results in air being drawn through an intake above the water’s surface to drive a turbine. When the water falls, it creates a partial vacuum inside the chamber which sucks air back through past the turbine, generating electricity.

“It’s essentially an artificial blowhole,” explains Wave Swell CEO Tom Denniss. “So it’s like a cavern that’s open underneath the water, sealed at the top except for some valves and a turbine. What that means is that as the wave passes by the structure, water will flow into the cavern and rise inside. That displaces the air above, which gets vented out through a series of valves, and then when the wave starts to recede, those valves close.”

The company expects to test the device off the coast of King Island between Tasmania and the Australian mainland. With a population of less than 2,000 people, the island is already a testbed for renewable energy.

Several organizations are collaborating on a project that incorporates wind and solar energy to supply about 65 percent of the island’s power. In 2015, the entire island was run off 100 percent renewable energy for 33 hours straight.

When it’s combined with the solar and wind infrastructure already in place on King Island, the Wave Swell system can help patch some holes in the energy production, according to New Atlas.

Testing off King Island is scheduled to begin by mid-2018, and the company hopes to expand to other areas such as Hawaii.

“Hawaii is the largest diesel-electricity market in the world,” said enniss. “Most of their electricity is generated by diesel, and they pay a lot for that power. We could, I’m sure, produce power for well under what they currently have to pay for diesel-fired electricity.”