Asian tiger mosquito has established itself in Illinois • Earth.com 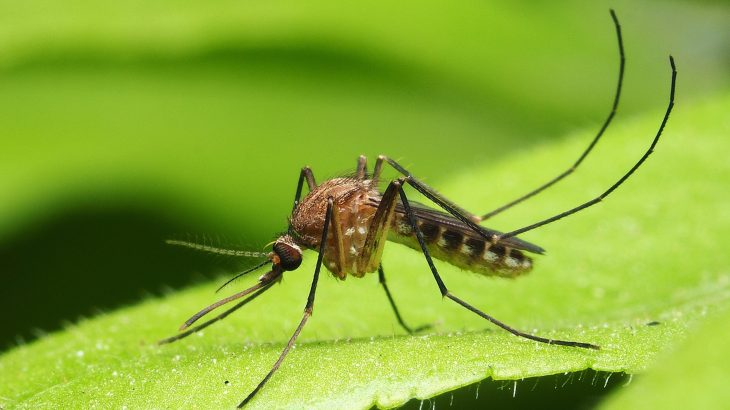 A disease-carrying mosquito that made its way from the tropical forests of Southeast Asia to Illinois has now become widespread across the state. Researchers at the University of Illinois wanted to know how the Asian tiger mosquito established itself in such a different climate.

The Asian tiger mosquito, Aedes albopictus, migrated from Japan to Texas in 1985 and quickly spread to Illinois. The mosquito is known to transmit diseases including Eastern Equine Encephalitis (EEE), West Nile virus, and dengue fever.

“The global trade in used tires facilitates the spread of the mosquito,” said Stone. “The eggs get stuck to the walls of the tires and can survive even in dry conditions. Tires are also great at retaining rainwater, which is perfect for the larvae to develop in.”

The team tracked the movements of Asian tiger mosquitoes to get a better idea of how they are thriving in Illinois, where winter seasons are cold compared to their native habitats.

“We looked at historical records to see where the mosquito has been observed in the state. We then compared that information to the winter temperatures in different counties,” said study co-lead author Professor Rebecca Smith.

“Winters are fairly warm in cities like Chicago because of all the roads and concrete. There are a lot of places like sewers and subways where these mosquitoes can live in the winter.”

The spread of the Asian tiger mosquito in Illinois has also been driven by multiple introductions from neighboring counties.

The researchers analyzed genetic data, with an emphasis on mitochondrial DNA.

“We found that there is a surprising diversity of Aedes albopictus in Illinois,” said Stone. “Some were from the Texas population, but a few had previously been found only in Japan. This observation supports the idea that we see multiple introductions of these mosquitoes from different places.”

According to the researchers, the data was compiled from a variety of sources.

“We had some collections of mosquitoes from our partners in public health, and we set out some mosquito traps in counties that had not been looked at previously. Unfortunately, we did not have samples that went back as far as the historical observations,” said Stone.

The study authors noted that Asian tiger mosquitoes are good at outcompeting other mosquitoes, which can be beneficial, depending on the context.

“There have been studies from Florida and Texas where Aedes albopictus has displaced Aedes aegypti, a closely related mosquito known as the yellow fever mosquito that can transmit dengue and yellow fever,” said Stone.

“The implications of the establishment of the Asian tiger mosquito in Illinois on other mosquito species is a topic that needs further study.”

Professor Smith explained that the ability of the Asian tiger mosquito to establish itself in Illinois could be problematic from a public health perspective. “Although it is not as bad as the yellow fever mosquito, it has the potential to introduce diseases.”

The study is published in the Journal of Medical Entomology.