What remains of the Atlantic Forest after destruction, exploitation • Earth.com 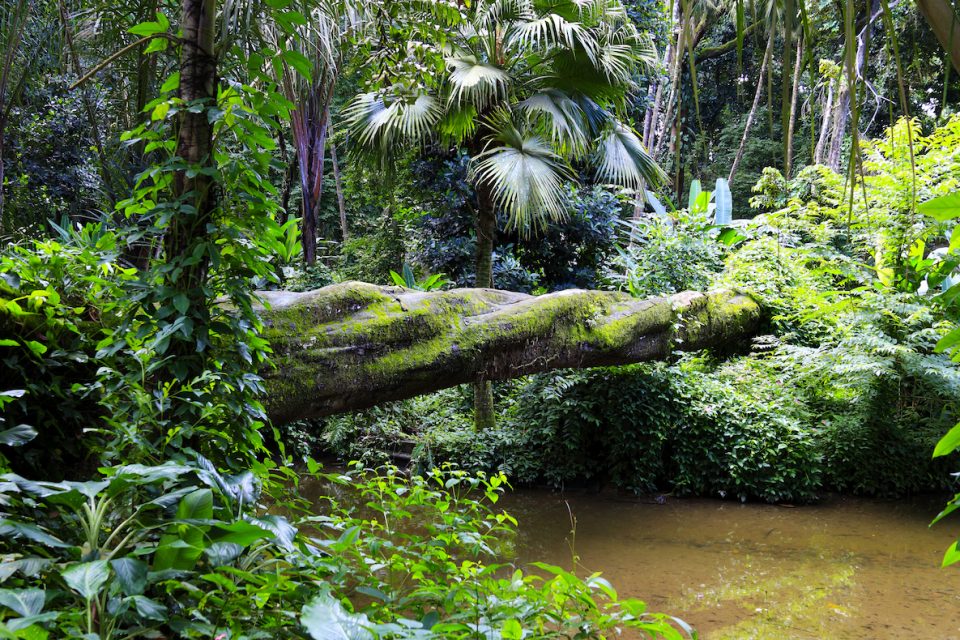 What remains of the Atlantic Forest after destruction, exploitation

Most animals are hurt primarily by habitat loss.  Trees are cut down; prairies are plowed into fields, poisons leak into water.

Sometimes the situation is different.  Sometimes the trees are left as pillars of an empty cathedral, bathed in eerie silence.  So is the case with the Atlantic Forest of eastern Brazil and Paraguay. With less name recognition and much less land size than other iconic forests, the Atlantic Forest is often overlooked but it’s an amazing place quickly being emptied of its wondrous inhabitants.  Hunting is one of the major causes of biodiversity loss there, and in some areas many of the trees are left standing, the habitat though shrunk is somewhat intact.

The Atlantic Forest of Brazil is very different from the region’s more famous Amazon Rainforest.  For starters, the forest is located on the Atlantic side of Brazil, a place easier to access than the remote interior, also a region more heavily populated.

The ‘forest’ can be Restinga forests, which are usually dominated by densely growing, short shrubby trees that stabilize normally windblown coastal dunes.  Restinga forests also sometimes grow in clumps of taller trees amidst the dunes, creating a savanna-like habitat. There are also seasonal tropical moist forests, which can vary from lowland to submontane and montane depending on the elevation the forest is found at.  Tropical moist forests of course are much hotter in their lowland incarnations than their montane forms at higher elevations. There are also dry Atlantic Forests that transition between the moist forests and the Caatinga desert to the northeast as well as the Cerrado savannas to the east of the forest.  The whole of the Atlantic Forest habitats is incredibly biodiverse and very unique.

According to Global Species, the Atlantic Forest contains 20,000 plant species, 40 percent of which are found nowhere else on earth.  There are also 950 bird types found in the Atlantic Forest, including a few threatened parrot species. Some of the better known animals still living in the Atlantic Forest include Golden Lion Tamarins, a small orange monkey that as a child I wanted to trade my brother for on a trip to the Denver Zoo.  The monkey has a small, remarkably human-like dark face surrounded by a mane of leonine hair. According to the Denver Zoo, by 1971 there were only 200 Golden Lion Tamarins left in the wild.  Smithsonian’s National Zoo reports that now there are approximately 3,200 Golden Lion Tamarins in the wild, a third of which are descended from captive breeding programs.  Despite the rise in population, there are still too few of the tamarins to feel secure in their future and some animals of the Atlantic Forest are doing much worse.

Science Daily reported last month on new research from the University of East Anglia that tells the story of the decline of the Atlantic Forests, which originally measured about 1.1 million square kilometers (approximately 272,000,000 acres).  The forest is now merely 0.143 million square kilometers in size. Because the size is smaller, proximity to humans and developed areas has an increased impact on species living in the remaining forest; this is called edge effect.

Among the most negatively impacted were large predators like jaguars and pumas as well as larger herbivores.  This trend has been shown in other parts of the neotropics. A classic example is Barro Colorado, an island in Panama that was created by flooding when the Panama Canal was created.  Barro Colorado is the location of the Smithsonian’s Tropical Research Institution and one of the most intensively studied places in the tropics. Jaguars and other large predators were some of the first to leave the island after it was created, changing the dynamics of a once larger piece of forest.  These examples from the tropics show the limitations of setting aside pieces of land for the protection of large mammals. Edge effects aren’t the only problems facing the small pieces of Atlantic Forest left though.

Science Daily reported on another piece of research in September.  The research, carried out by Tiago da Silveira Vasconcelos of São Paulo State University, Brazil and others, looked at the potential future of frogs and toads in the Atlantic Forest region.  There are currently 550 known species of frogs and toads known in the Atlantic Forest, 80 percent of which are found nowhere else on earth. Researchers looked at the distribution of 350 species in the Atlantic forest and another 150 species in nearby habitat.  With data in hand, researchers then made estimations as to the future for these species taking into account climate change predictions.