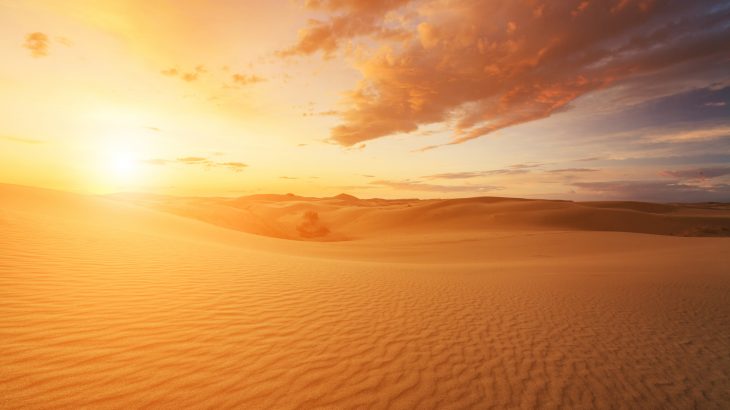 A team of scientists team from the U.S. Department of Energy (DOE) were investigating how a rise in atmospheric methane is affecting the amount of solar energy absorbed in our climate system when they discovered that methane’s effect significantly varies by location.

The scientists found that sunlight absorption by methane is 10 times stronger over desert regions such as the Sahara Desert than elsewhere on Earth, and is nearly three times stronger in the presence of clouds.

Working at the DOE’s Berkeley Lab, the team analyzed observations of Jupiter and Titan – a moon of Saturn – where methane concentrations are more than a thousand times higher than what is found on our planet. The experts used the data  to quantify the shortwave radiative effects of methane on Earth.

“When we measure the impact of methane emissions on the planet, we wrongly assume it is easy to apply calculations of methane taken locally to predict what effect the gas is having globally,” said study lead author William Collins. “Our work represents the importance of taking into consideration what impact methane and other greenhouse gases are having not just in general, but with regional certainty.”

The work from the Berkeley Lab showed that current climate models are capable of accurately estimating the shortwave radiative effects of methane. This finding led to the first global spatially-resolved calculations of methane’s impact.

The analysis revealed that methane forcing is not consistent across the globe. The most striking finding is that, because desert regions at low latitudes feature bright surfaces that reflect light upwards and enhance the absorptive properties of methane, the rate of localized methane shortwave forcing can be 10 times higher in the desert compared to other regions.

This phenomenon is most pronounced in areas such as the Saharan Desert or Arabian Peninsula. Due to their proximity to the equator, these regions receive the most sunlight and feature exceptionally low relative humidity, which further enhances the effects of methane.

Cloud cover was also shown to influence the radiative effects of methane, with increased forcing of up to three times greater than global annualized forcing,

According to the researchers, a better understanding of the effect of methane on incoming solar energy will be useful for improving climate change mitigation strategies.