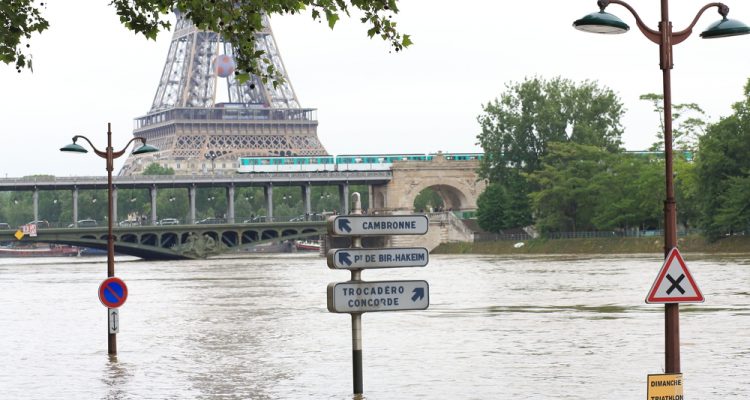 Global warming is connected to the rising frequency of extreme weather events like heavy rainfall and drought, according to at least one researcher in the field of attribution science.

In the past five years, scientists at the University of Oxford and elsewhere have studied tornado outbreaks in the U.S., flooding in Paris, a heatwave in the Arctic, and drought in southern Africa. Their goal was to see if these and other events are connected to climate change.

Thanks to the growing field of attribution science, researchers aren’t just able to predict future environmental changes, Otto said. Now, they can find the causes of changing local climates and extreme weather, and quickly.

“We aim to provide scientific evidence to answer that question within the news time frame – so within two weeks of the event occurring,” Otto told Scientific American in an interview.

Scientists in the field look at specific extreme weather events to find how they connect to a region’s climate, and then global climate. They also look at weather patterns and how they’re changing as global surface temperatures rise, Otto said.

She offered the example of her most recent study. It focused on a heatwave in the Arctic, which the team connected to a wider pattern of warming temperatures worldwide.

“It’s kind of like when you roll a die and you roll 10 sixes in a row. You become suspicious that something’s wrong with that die, but from these 10 rolls, you can’t determine that it’s a loaded die,” she said.

But imagine you keep rolling the die over and over, recording each roll and the conditions that affected it. Then you use that data run statistics studies and simulations. You can prove what you already suspected: the die is loaded.

Attribution science works similarly. A few extreme weather events are likely natural. But when certain types of events begin appearing over and over in a pattern, climate scientists become suspicious.

Intensive study, data collection, statistical and climate models, simulations, and more can determine the cause of the pattern. After that, scientists can easily link that cause or rule it out for future events as part of the pattern.

The field is still new, though, she warned. The computer technology needed to run simulations on the scale needed has only become available in the past five years. Scientists are adding new data to the models every day.

“When we know a drought is becoming more likely by a factor of 10 because of climate change, then we know we need to focus our adaptation efforts on that” she said.