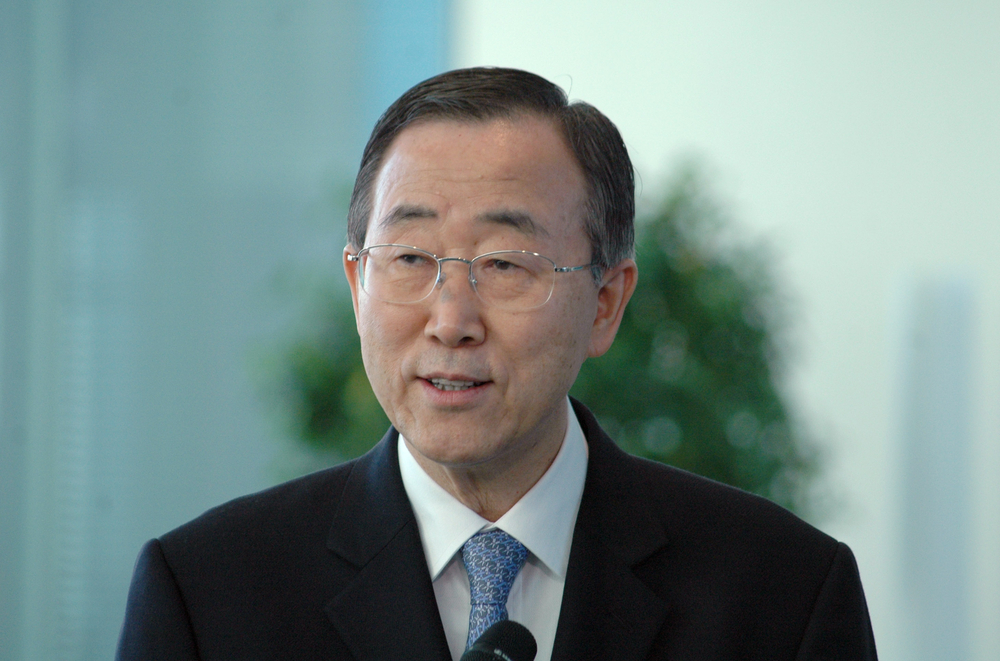 At midnight on December 31, U.N. Secretary-General Ban Ki-moon pushed the button that made New Year’s Eve’s glittering ball descend toward Times Square. It was his last act as the leader of the United Nations, after 10 years as the spokesman and director of the international organization.

Ban called his decade at the U.N.’s helm an “unceasing test,” pointing to ongoing conflicts in Syria, Central African Republic, and South Sudan, among others. He also decried global poverty.

But he counted a few accomplishments among his legacy. Among them are the steps the U.N. has taken to protect the environment, primarily the landmark Paris Agreement. The Secretary-General guides the United Nations, Ban noted, but only the member states can create new policies and agreements. Still, he kept his environmental goals in front of world leaders in hopes of encouraging them.

During his first five-year term, Ban pushed climate change to the top of the agenda for the United Nations, but the agreement he would point to as his legacy didn’t come until the end of his second term.

In December 2015, U.N. member nations at the United Nations Framework Convention on Climate Change adopted the Paris Agreement. The voluntary pledge calls on each ratifying country to lower its total greenhouse gas emissions.

A total of 194 parties signed the agreement in April 2016. It entered into force in October, after countries accounting for 55 percent of the world’s carbon emissions ratified it.

“This is our chance to set us on course towards a safer, more sustainable and more just future for all on a healthy planet,” Ban said at the time.

Ban didn’t wait on the Paris Agreement, though. From the beginning of his leadership, he was also at the forefront of sustainable development initiatives. His goals were to help countries and non-governmental organizations craft development projects that would limit damage to the environment and boost the world’s poor.

He made a point of visiting melting glaciers, as well as the island nations being drowned by rising seas.

“I’m not a climatologist. I’m not a scientist. I’m not an economist,” he told the Washington Post in May 2016. “But I know that what I have seen is true.”

Ban put environmental issues first because he believed that the drought, floods, and extreme weather that many scientists link to rising global temperatures fuel conflict around the world. Solving environmental problems might help solve political conflicts, he said.

Ban Ki-moon grew up in South Korea during the Korean War. As an adult, he helped guide negotiations between North and South Korea on nuclear weapons. He hoped to visit North Korea’s leaders in Pyongyang as Secretary-General; it was a goal he did not achieve.

Antonio Guterres of Portugal took the mantle of leadership on January 1. He has made peace his priority, calling on the world to put aside the violence that has stained the past few years.