Bee losses are not enough to explain pollination problems • Earth.com 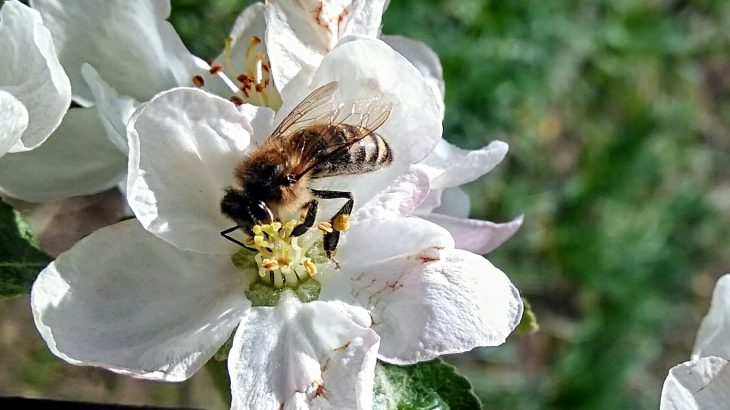 Declining bee populations may not be the only reason plant pollination has been suffering in some regions.

A new study has found that in New York, increased in agricultural activity has stunted the evolution of pollinators and as a result, millions of years of evolutionary history and diversity are in the process of being lost.

However, most conservation research uses biodiversity and species population numbers to gauge how well a species is doing in an ecosystem.

The researchers analyzed a decade of data documenting bee activity, species richness, and biodiversity in 27 apple orchards as well as bee evolutionary history. The team found that declines in bee populations alone were not enough to explain the decreases in pollination services in the orchards.

Instead, the researchers were able to link increases in agricultural activity in the orchards to losses in phylogenetic diversity which suggests millions of years of evolution has been lost for bee communities in the area. The study compares the losses in diversity to a “pruning” of the bee tree of life.

Without phylogenetic diversity, bee species in the orchards were more closely related and this negatively impacted pollination. In turn, apple yields and quality suffered.

The study, published in the journal Science, shows that phylogenetic diversity should also be used to help measure species’ adaptability and resilience going forward.

Biodiversity alone cannot be counted on as an accurate measurement of a healthy ecosystem. Evolution also needs to factor into the mix to gain a better understanding of how a species reacts to environmental changes.