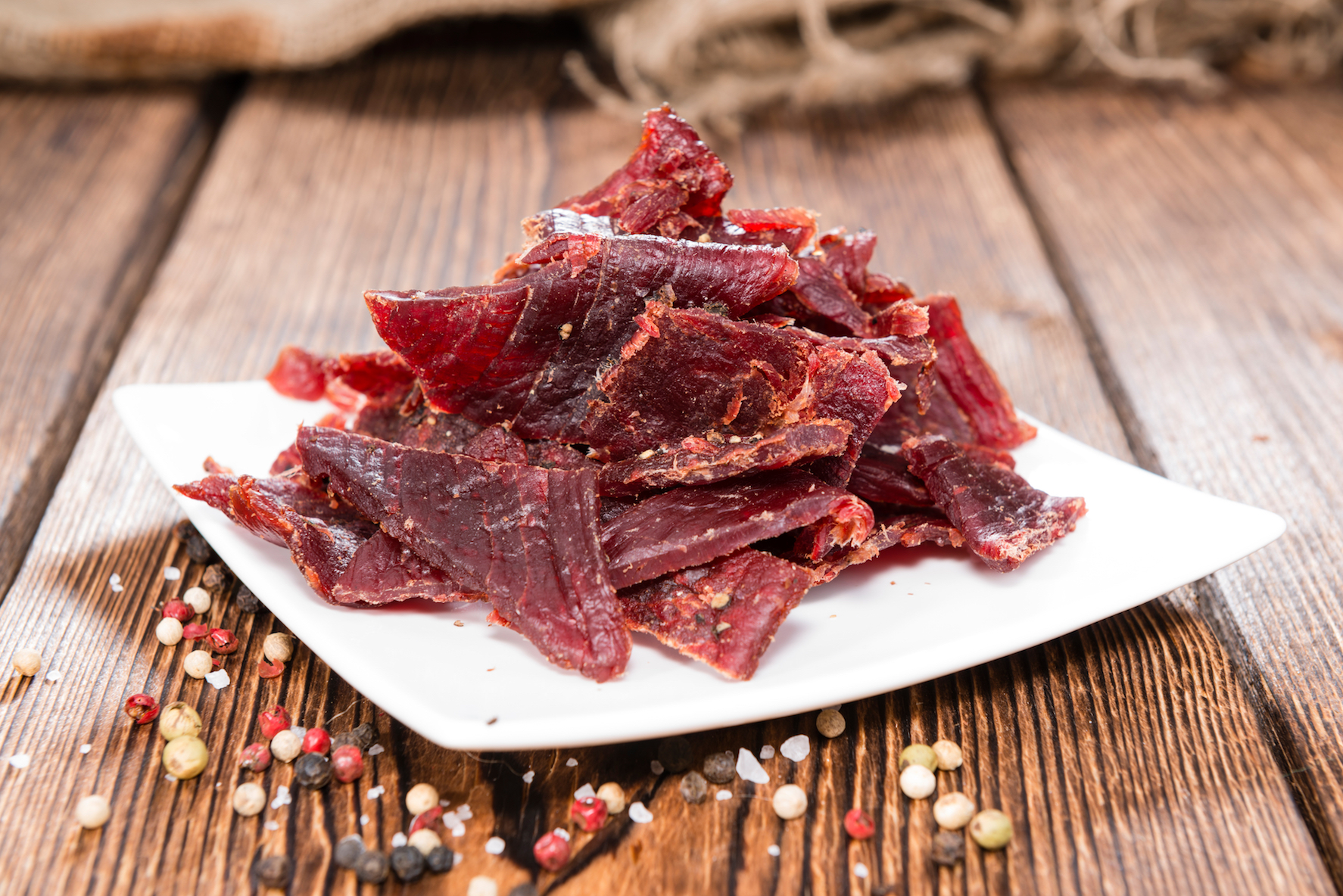 Nitrates used to cure processed meats like beef jerky may cause mania even in people without psychological disorders.

Researchers from John Hopkins Medicine found that people who were hospitalized for a manic episode were more than three times as likely to have previously eaten nitrate-cured meats than people without a history of a serious psychiatric disorders.

The study, published in the journal Molecular Psychiatry, included a review of health, demographic, and dietary data on a little over 1,000 people ages 18-65 and experiments with rats who were fed nitrate cured jerky.

There is a wide range of underlying genetic risk factors that are linked to manic episodes, however researchers have been also been looking to environmental factors to see how diet or lifestyle habits affect certain psychiatric conditions.

This recent research supports previous theories that diets and different gut bacteria can increase the risk of mania.

Bipolar disorder affects around 1 to 3 percent of the United States population, and according to one study creates a heavy economic toll costing an estimated 25 billion dollars a year in health care costs.

Identifying risk factors like diet could go a long way in reducing the risk of manic episodes for people diagnosed with bipolar and other mania associated disorders.

“Future work on this association could lead to dietary interventions to help reduce the risk of manic episodes in those who have bipolar disorder or who are otherwise vulnerable to mania,” said Robert Yolken, the lead author of the study.

Yolken and his colleagues first examined data from 1,101 people, some of who had psychiatric disorders from 2007 to 2017.

After reviewing and analyzing the data, the researchers found that eating nitrate cured meats correlated with an increased risk of hospitalization for mania.

The researchers then conducted a series of experiments on rats to better explain the association between nitrates and mania.

Rats were divided into two groups and one group was given normal food while the other was fed normal rat chow along with nitrate prepared beef jerky every other day. The rats that ate the jerky soon exhibited irregular sleeping patterns and hyperactivity.

The researchers then worked with a beef jerky company to create nitrate free dried beef and again a group of rats was split into two groups. One group ate the store bought nitrate beef jerky and the other ate the nitrate free version.

Those rats that ate the nitrate free jerky showed no abnormal symptoms or signs of mania but the group that ate the store-bought kind did.

The researchers also tested the gut bacteria of the different groups of rats and those who had consumed the nitrate jerky had different gut bacteria than the other groups of rats. There were also differences in the molecular pathways of the brain in the rats that ate store-bought beef jerky.

The results show that nitrate cured meats may be linked to manic episodes however the researchers caution against any such direct correlations.

Rather the study calls for further research to explore how diet can impact psychiatric disorders.

“There’s growing evidence that germs in the intestines can influence the brain,” said Yolken. “And this work on nitrates opens the door for future studies on how that may be happening.”