Bees are capable of connecting numbers to symbols • Earth.com 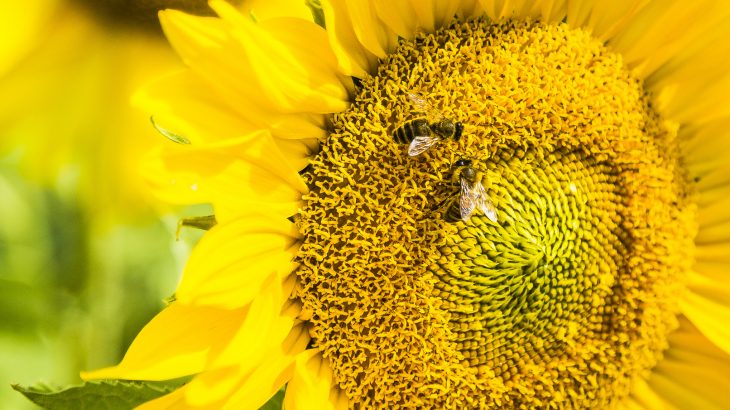 Bees are capable of connecting numbers to symbols

The same team of researchers that discovered that bees understand the concept of zero and can perform basic math have now found that the pollinating insects can link mathematical symbols to their corresponding quantities.

It’s an exciting find that potentially opens up new pathways for communicating with and researching animals.

The discovery also shows that despite possessing less than one million neurons in their brains, bees have highly efficient processing powers that could help advance computer processing systems.

Researchers led by the RMIT University are responsible for the findings, which were recently published in the journal Proceedings of the Royal Society B.

Humans have been using symbols to represent numeric quantities for thousands of years, and we use Arabic numerals every day.

Past research has shown that primates and birds are capable of learning these numeric connections, but this is the first study of its kind to show that insects have complex cognitive capabilities as well.

“We take it for granted once we’ve learned our numbers as children, but being able to recognise what ‘4’ represents actually requires a sophisticated level of cognitive ability,” said Adrian Dyer, a co-author of the study. “Studies have shown primates and birds can also learn to link symbols with numbers, but this is the first time we’ve seen this in insects.”

For the study, the researchers designed an experiment using a Y-shaped maze. Bees were trained with the maze to match a character with a quantity.

Once the association was learned, the researchers tested the bees by switching up the elements used to represent a character.

In another test, bees were trained to associate numbers and characters in the reverse order to the first group.

Once the associations had been learned, the bees could not go back and learn the other way around.  If a bee had first learned to connect a character to a quantity, it could not learn to connect the quantity to a character later.

“This suggests that number processing and understanding of symbols happens in different regions in bee brains, similar to the way separate processing happens in the human brain,” said Scarlett Howard, the lead author of the study. “Our results show honeybees are not at the same level as the animals that have been able to learn symbols as numbers and perform complex tasks.”

The study sheds new light on the processing powers of the bee brain and shows that insects may be more cognitively capable than we realize and the results could advance our understanding of cognition in humans and animals alike.

“Discovering how such complex numerical skills can be grasped by miniature brains will help us understand how mathematical and cultural thinking evolved in humans, and possibly, other animals,” said Dyer.