Bees get an intense sugar high from nectar due to special neurons • Earth.com 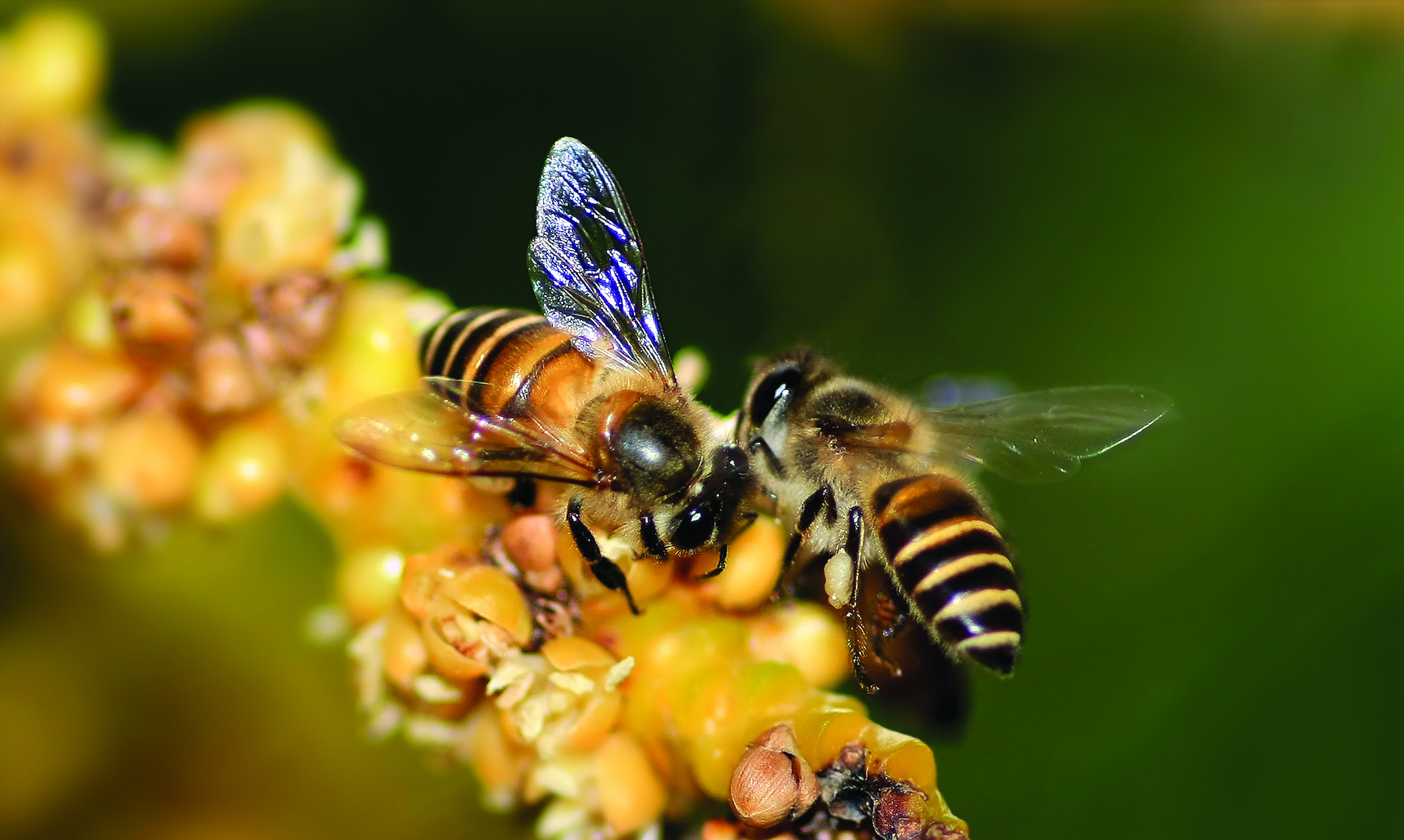 Researchers at Newcastle University have discovered why bees tend to stay fixated on a certain flower until all of the nectar is gone. The team has found that bees have a pair of interacting neurons that make the taste of sugar intensely pleasurable for up to ten seconds.

Bees use nectar for energy and to help feed their colonies. Taste neurons on the proboscis, or the mouthparts, are activated when bees come into contact with food.

As long as the taste neurons are activated, the bee will continue feeding from the same source of nectar. When the stimulation declines, the bee will seek out a different feeding point.

Study co-author Geraldine Wright is a professor of Insect Neuroethology at the Institute of Neuroscience.

“We demonstrate in bees that, like in humans, the first taste of something sweet such as a lollipop is incredibly intense but then becomes less interesting. This is so our sensory neurons don’t get overloaded and burn out,” explained Professor Wright.

“What we’ve found in bees is that the initial intense sweetness of sugar can last up to 10 seconds – so they will stay on the same sugar source.”

“This makes sense if you think a worker bee is not just collecting for its own use but is storing it for others in the hive. It also means the bee will find a flower and drink all the nectar before other bees can intervene and take it.”

The researchers discovered two taste neurons within each taste bud that work as a team to sustain the perception of sweetness.

“Other insects have one type of taste neuron that is activated by sugars. We have discovered however, that bees have two different types of sugar-activated neurons,” explained study lead author Ashwin Miriyala.

“Our data show that the interaction between these two sugar neurons is a result of electrical connections between them. This is the first evidence for this kind of connection in any insect taste neuron.”