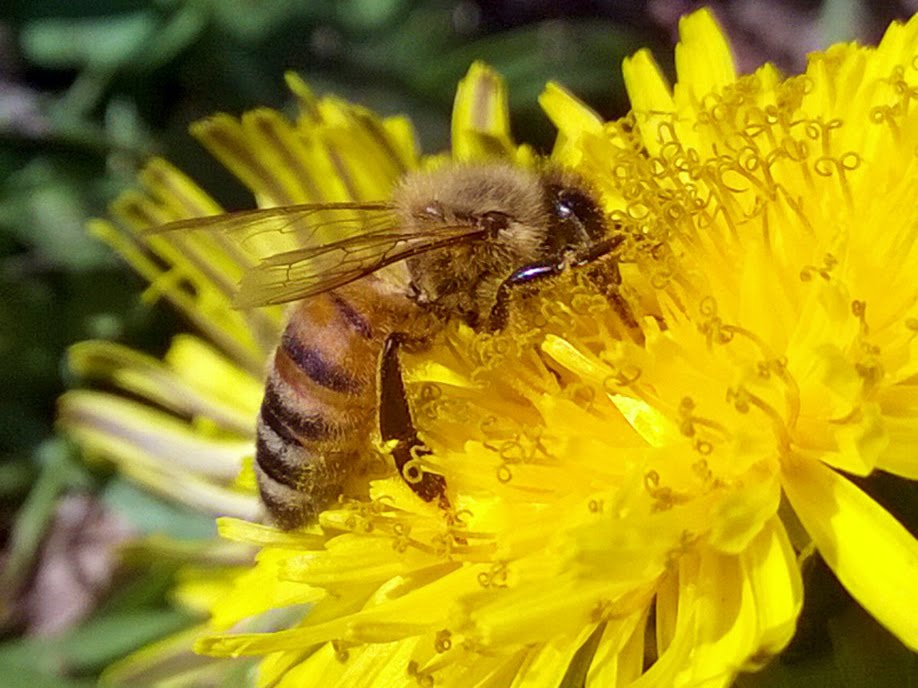 Bees face double whammy of pesticides and lack of nutrition

A new study conducted by biologists from the University of California, San Diego found both pesticides and a lack of nutrition have become a deadly combination and together have a devastating synergistic effect on bee populations.

The study is the first of its kind to show how this interactions between pesticides and nutrition affects animals.

The researchers monitored honey bees exposed to the pesticides clothianidin and thiamethoxam, which are two commonly used neonicotinoid pesticides in many crops. The team also limited the nutrient sources for the bees to mirror the conditions experienced in agricultural areas.

Bee deaths increased drastically, up to 50 percent or more, when the bees had to deal with both pesticides and lack of nutrition.

“We tested the effects of different neonicotinoid pesticides because of a growing concern and evidence about negative effects of these pesticides on pollinators,”  said Simone Tosi, a member of the research team. “Our results provide the first demonstration that these stressors can synergistically interact and cause significant harm to animal survival.”

The combined effects of neonicotinoid exposure and lack of nutrients directly reduced the bee’s blood sugar levels and decreased their energy stores.

Bee populations have been declining worldwide which is a major cause for concern because bees are major pollinators.

This study shows how dramatically bees are affected not just by pesticides, but by lack of nutrition as well.

“These findings should cause us to rethink our current pesticide risk assessment procedures, which, based upon our findings, may underestimate the toxic effects of pesticides on bees,” said Tosi.