Beetles could relieve millions of people from ragweed allergies • Earth.com 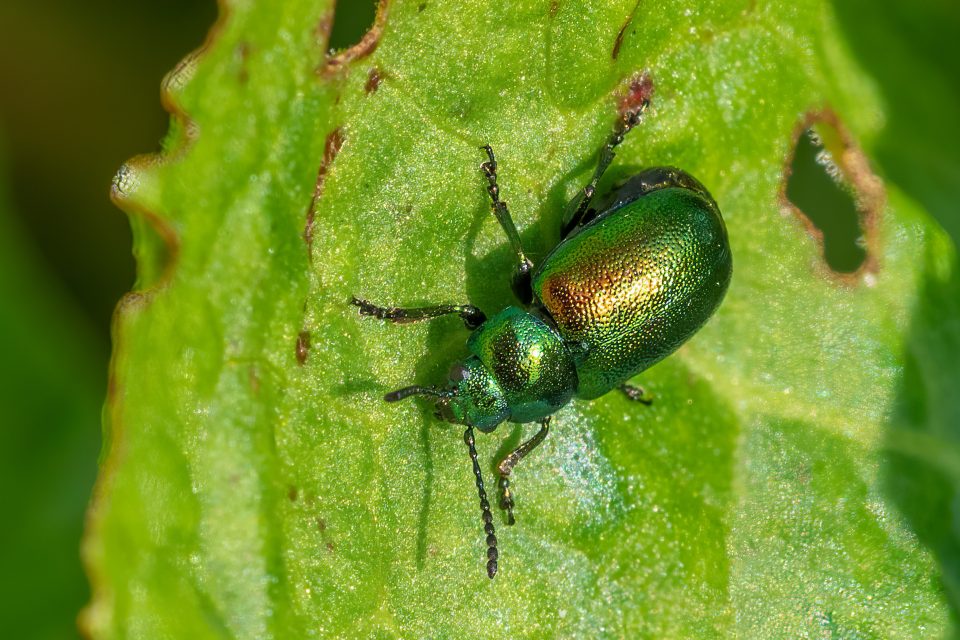 Beetles could relieve millions of people from ragweed allergies

Researchers have identified beetles that may help millions of seasonal allergy sufferers in Europe by reducing ragweed pollen. The common ragweed, Ambrosia artemisiifolia, is an invasive and highly allergenic weed that affects 13.5 million people in Europe alone.

By calculating the number of people impacted by seasonal allergies in Europe, the researchers estimated that economic losses associated with allergies exceed seven billion Euros each year.

The new study suggests that the leaf beetle, Ophraella communa, could substantially lower the prevalence of ragweed because this is the insect’s primary food source.

After modeling the number of leaf beetles across their suitable habitat range in Europe, the researchers found that biological control of common ragweed could reduce the number of people suffering from the ragweed allergy by 2.3 million, while also lowering annual economic costs by more than a billion Euros.

Study co-first author Sandro Steinbach is an expert in the Agricultural and Resource Economics Department at the University of Connecticut.

“Our conservative estimates indicate that biological control of A. artemisiifolia by O. communa will reduce the number of patients by approximately 2.3 million and the health costs by Euro 1.1 billion per year,” said Steinback. “Future costs of this management approach will be basically zero since the beetle has established permanently and is propagating by itself.”

Study co-first author Urs Schaffner said that it was unclear at first whether the leaf beetle was useful or harmful.

“Laboratory tests had shown that O. communa might be detrimental to sunflowers. However, field tests in China and Europe could not confirm this finding,” said Schaffner.

“Because O. communa was accidentally introduced into Europe and did not go through a thorough risk assessment typical for deliberate releases of biological control agents, we started investigating whether this beetle can damage native European plant species.”

“The good news is that there is only one European plant species, which is closely related to A. artemisiifolia. The risk assessment is still in progress, but so far, we have not found evidence for significant damage by this leaf beetle on native European plants.”

Going forward, the team will investigate how climate change will affect the distribution of common ragweed and the leaf beetle, and whether the beetle’s impact on ragweed pollen production is set to increase or decrease in the future.