Behind the Curve: Netflix doc examines why some insist the Earth is flat • Earth.com 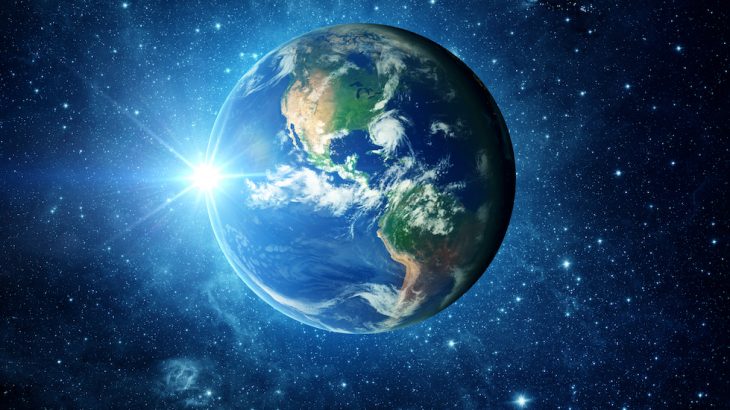 Behind the Curve: Netflix doc examines why some insist the Earth is flat

By now you’ve probably heard about Flat Earth, the surprisingly growing movement of skeptics that claim the Earth is flat.

At the core of Flat Earth theory lies a deeply held belief that a simple fact proven through hundreds, if not thousands of years of scientific discovery, is nothing more than a lie fed to society by people in power.

And the question that stands out, at least by those skeptical of Flat Earth theory, is why?

Why do people hold so strongly to the concept of Flat Earth? What is so appealing, so plausible in the idea that our spinning globe is a stationary flat disk with a wall of ice at the edges?

As much as the scientific community and the media would wish it, the Flat Earth theory isn’t sliding off into oblivion any time soon.

Behind the Curve, a documentary directed by Daniel J. Clark gets up and personal with Flat Earthers from all over, but in true documentary style, allows the audience an inside look without agenda.

The Flat Earthers that grace the documentary, including self-proclaimed Flat Earth Mayor Mark Sargent and podcast host Patricia Steere, are never portrayed as wacky loons left to the fringes of society but instead are given an opportunity to share their views.

There is no corner of Flat Earth that isn’t explored in Behind the Curve.

We meet Matt Boylan through a few brief clips who was an artist for the National Aeronautics and Space Administration (NASA) that apparently blew the whole thing wide open, and according to Mark Sargent, was one of the driving reasons he first started exploring Flat Earth in the first place.

The documentary also features Nathan Thompson, a Flat Earther that had this to say about his Flat Earth journey:

“And then the more I researched it, and then I found it’s actually the biblical cosmology is a geocentric cosmology, then I realized why they’re hiding the truth, it’s because they don’t want anyone to know anything. They want people blind, dumb, deaf to the truth…so they can inject you with their vaccines, and public schooling and this heliocentric model which is basically forced sun worship.”

Thompson also states that dinosaurs are made up and Clark shows footage of Thompson being kicked out of a Starbucks for yelling at a NASA employee.

These brief interludes show the audience that even in a conspiracy, there is no one unifying belief or theory, and that there can be different kinds of conspiracies within the conspiracy.

You have angry extremists who say Hollywood faked the 2017 Flat Earth Conference and you have well-meaning citizen scientists like Jeran Campanella and Bob Knodel who discuss several experiments in progress they hope will help prove the Earth is flat.

Interestingly, both Knodel and Campanella appear to prove the Earth is round through two in-depth experiments. In one experiment, Knodel, a consultant with an impressive resume discusses an experiment he is working on with a team using a $20,000 laser gyroscope.

Knodel and his team know that if the Earth is round, then theoretically you would be able to register a spinning movement or drift with a high-tech gyroscope.

“What we found is, is when we turned on that gyroscope we found that we were picking up a drift,” Knodel says in the documentary. “A 15 degree per hour drift.”

Not able to accept this, Knodel goes on to explain how the team will disprove the gyroscope’s initial readings.

“Now, obviously we were taken aback by that. ‘Wow, that’s kind of a problem,’” said Knodel. “We obviously were not willing to accept that, and so we started looking for ways to disprove it was actually registering the motion of the Earth.”

It’s Camapenella’s experiment, though, that gets the last word, as it’s one of the final scenes of the film. To prove the Earth is flat, Campanella came up with an experiment using a laser that would show once and for all that the Earth has no curvature.

The first attempt with the laser experiment doesn’t work because the laser beam isn’t focused enough to measure accurately.

At the end of the film, Campanella walks the audience through his second attempt, where two styrofoam sheets have been placed at either end across a four-mile distance, with holes cut out at the same height.

The theory was that by shining a light through one sheet, the light would travel and be visible by Campanella. If the Earth is round, the light wouldn’t hit the right marks.

At the end of the documentary, Campanella orders one of his colleagues to turn on their light which is not visible by Campanella, thereby confirming the Earth’s curvature. And yet, seemingly undaunted by these experiments, the two are steadfast as ever in their belief that the Earth is flat.

Clark doesn’t focus on these experiments too much because at the end of the day, Behind the Curve isn’t setting out to prove or disprove Flat Earth theory.

Instead, we get an inside glimpse of what motivates and drives the Flat Earth theory. Clark provides a little context to the meme-worthy headlines and balances out Flat Earth theory with interviews from expert psychologists, physicists, science writers, and even astronaut Scott Kelly.

Some of the more notable parts of the documentary examine the dangers of dismissing Flat Earthers outright.

In multiple interviews, Clark says that his goal was not put Flat Earthers in a bad light and that he specifically chose not to reach out to Neil DeGrasse Tyson or Bill Nye because of their “antagonistic views” toward Flat Earthers.

By including interviews with psychologists and psychiatrists, Clark goes into the why and how of conspiracies and why people might be swayed into believing the Earth is flat.

When we lump all Flat Earthers under the dismissive term “crazy,” not only are we further isolating people but also just reinforcing the deep seeded “us-against-them” ideologies that help fuel so many conspiracies.

“I hope people stop putting flat earthers into this huge group and just say they’re idiots, that they’re dumb and we should just throw them off the edge,” Clark told GQ.  “If you don’t have a conversation with them, and call them stupid, that only entrenches them in their belief. You want a society that can accept and trust science, but science needs to do a better job of communicating, and people need to be a little more accepting of other people’s beliefs, and not be so black and white about right and wrong.”