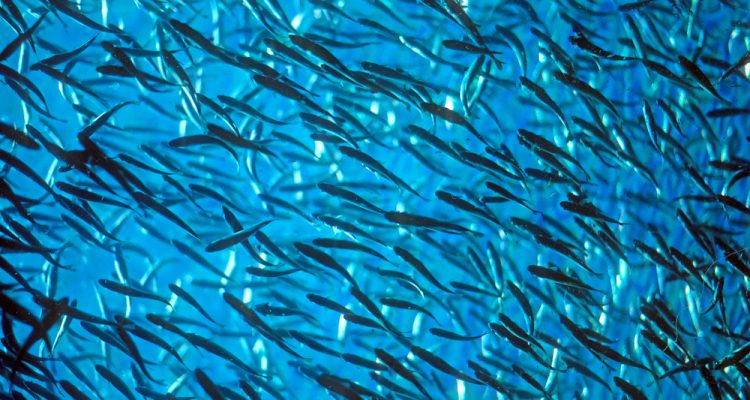 California biologists have been working out the solution to a slippery problem: why can salmon embryos raised in laboratories survive higher temperatures than their river-born cousins?

The team of scientists from the National Oceanic and Atmospheric Administration and the University of California, Santa Cruz hoped to work out the answer to that dilemma so scientists could ensure better survival rates for the fish.

They suspected the answer to their question might rely on oxygen and water flow.

The new research focused on the endangered Chinook salmon in the Sacramento River to determine which temperature conditions are best for their eggs and young. The team began by reviewing laboratories, working with the hypothesis that Sacramento River conditions have never been warm enough to cause high mortality rates among salmon embryos.

They were in for a splash of cold water on their hypothesis, though. Data from the field showed that temperature-related mortality among the young salmon exceeded 75 percent in some years, even in temperatures that lab-raised salmon survived.

So they dove into the problem, determined to find out what caused the difference. What they discovered was that the laboratory studies didn’t take into account a major factor in salmon egg health: water flow.

In the laboratory temperature studies, water in the tanks often flowed two to three times faster than it does in the Sacramento River and its tributaries, where salmon spawn in the wild. The faster water flows meant more oxygen for the lab-raised salmon embryos than their wild counterparts, which meant they could withstand warmer waters.

By studying laboratory and field studies, the NOAA and UC Santa Cruz team was able to work out that the Sacramento River’s slower flow meant embryos began dying at temperatures about 3 degrees Celsius lower than the lab embryos.

The new study also offered an answer to why salmon eggs laid in cold weather are often larger than those laid in warmer seasons. Larger eggs need more oxygen than smaller ones, the researchers found, and colder water holds more oxygen than warmer.

It wasn’t just salmon that showed this egg size trend, either; the researchers looked at 180 different species of fish and found that fish consistently lay larger eggs in high-flow water conditions, even if temperatures are warmer. They also found that some fish have adapted to warmer temperatures by staying at their nests to fan the eggs with their tails.

The Chinook salmon in the Sacramento River are winter-run salmon, but spawn in the summer months – the only salmon on the Pacific Coast to spawn in summer. Because of this schedule and their preference for cold water spawning sites, the fish are dependent on California’s snowmelt-fed rivers and creeks, according to NOAA.

The study was published in the journal Ecology Letters.