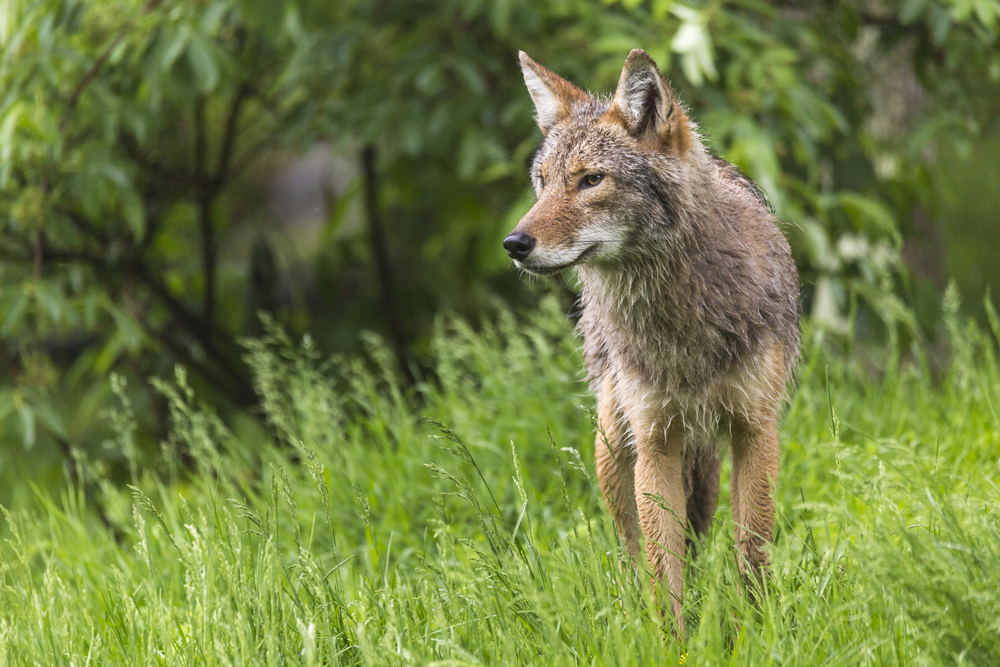 As wolves disappear from the East Coast, eastern coyotes have moved into their niche, taking over hunting areas. But although they’re cousins, coyotes don’t match wolves’ hunting prowess when it comes to large game, a new study found.

The research, led by Dr. John Benson of the University of Nebraska-Lincoln, examined the prey hunted by eastern wolves and the eastern coyotes that have taken on the role of apex predator as the wolves vanish.

The wolves hunted large, hooved mammals like moose and deer. Eastern wolves are disappearing, however, primarily due to human hunting and trapping. Coyotes that have taken their place rarely hunt large mammals, preferring smaller prey and scavenging leftovers from humans.

“Eastern coyotes are effective deer predators, but their dietary flexibility and low kill rates on moose suggest they have not replaced the ecological role of wolves in eastern North America,” Benson and his colleagues wrote in the study, published in the journal Ecological Applications.

They found that the moose make up about half of wolves’ hooved large prey, and white-tailed deer are slightly less than that. Coyotes only rarely hunt hooved prey other than deer, they discovered.

While coyotes are, on average, only 10 to 15 pounds lighter than eastern wolves, that’s enough to make successfully hunting moose much more difficult, the researchers said. It also lowers their caloric needs enough that they don’t need to rely on large game as much as wolves do, they said.

But while this makes it easier for eastern coyotes to find food and survive, it also destabilizes the ecosystems once dominated by wolves.

“If coyotes start hammering white-tailed deer, and deer start to decline, then (coyotes) can just eat rabbits or squirrels or garbage but continue to prey on deer, too. So we think that could be a destabilizing element,” Benson said in a press release. “There are some areas where you’ve got way too many white-tailed deer in the east, and then you’ve got other areas where hunters are concerned because the deer are declining. That speaks to the fact that coyotes are an unpredictable predator.”

An added problem is that the two species can interbreed, and are. But the offspring are more likely to follow coyote hunting patterns, the researchers found.

The study comes as Canada has designated the eastern wolf as threatened, and is looking for ways to expand their numbers and range.

The study was funded by the Ontario Ministry of Natural Resources.