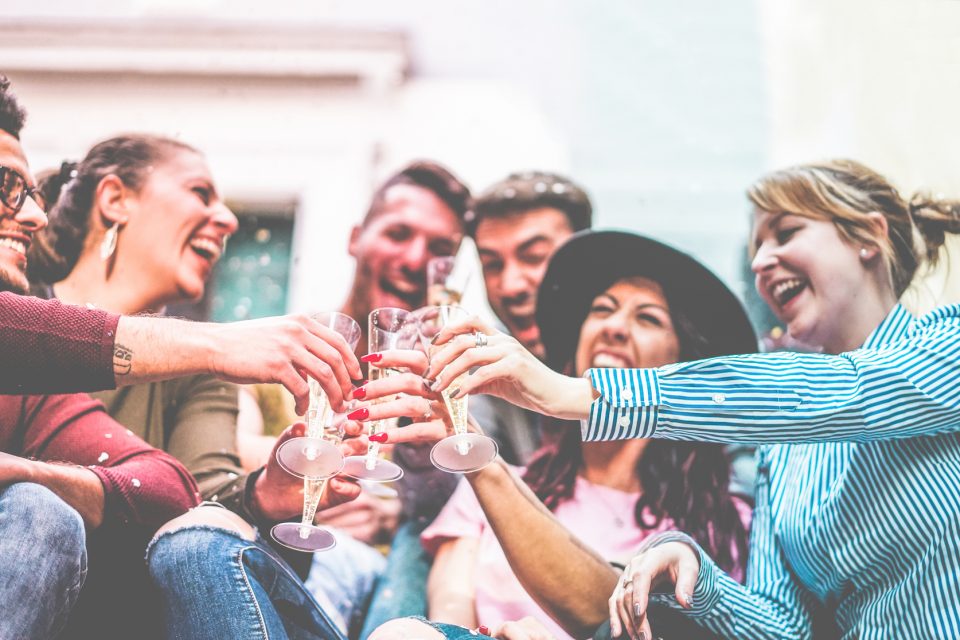 College binge drinking and social media addiction may be linked, according to a new study that identified some worrying trends among college students.

Researchers from Texas State University examined the drinking habits of undergraduate students to see if there were any links between binge drinking and posting on social media while intoxicated.

Social media use has skyrocketed and people spend hours every day on popular platforms like Facebook, Snapchat, Instagram and Twitter, and yet social media addiction has yet to recognized as a real psychiatric diagnosis.

Drinking and posting can be problematic because students might regret what they’ve posted later on or have past posts come back to haunt them, according to the study which was published in the Journal of the Studies on Alcohol and Drugs.

Social media is also extremely influential, and other students might be encouraged to take up drinking if they see posts of other people doing it.

“During these times when young students are feeling disinhibited by alcohol, they may be even more likely than usual to post inappropriate material without considering the future impact,” said  Natalie A. Ceballos, the lead researcher for the study. “In some cases, these sorts of mistakes have even influenced college admission and later job applications.”

For the study, the researchers surveyed 425 undergrad students ages 18 through 25 about their alcohol consumption, asking how much each student drank and if they had “binged.”

Binge drinking was defined as having five drinks at one time for men and four drinks for women.

The students were also asked to describe their social media use, which platforms they used and how often they posted on social media while intoxicated.

“These findings suggest that, in terms of common brain reward mechanisms, perhaps when students get a positive response on social media, this might be ‘rewarding’ to them in a way that is similar to other addictive behaviors, and then over time they get ‘hooked,’” said Ceballos.

As much as the results point to a link between social media use and binge drinking, the researchers say that social media could be a useful tool for interventions aimed at reducing binge drinking by posting target messages about stopping harmful behaviors at opportune times.

“While college students’ reliance on social media has been identified as a risk factor for alcohol-related problems, it might also present an opportunity for innovative interventions,” said Ceballos.