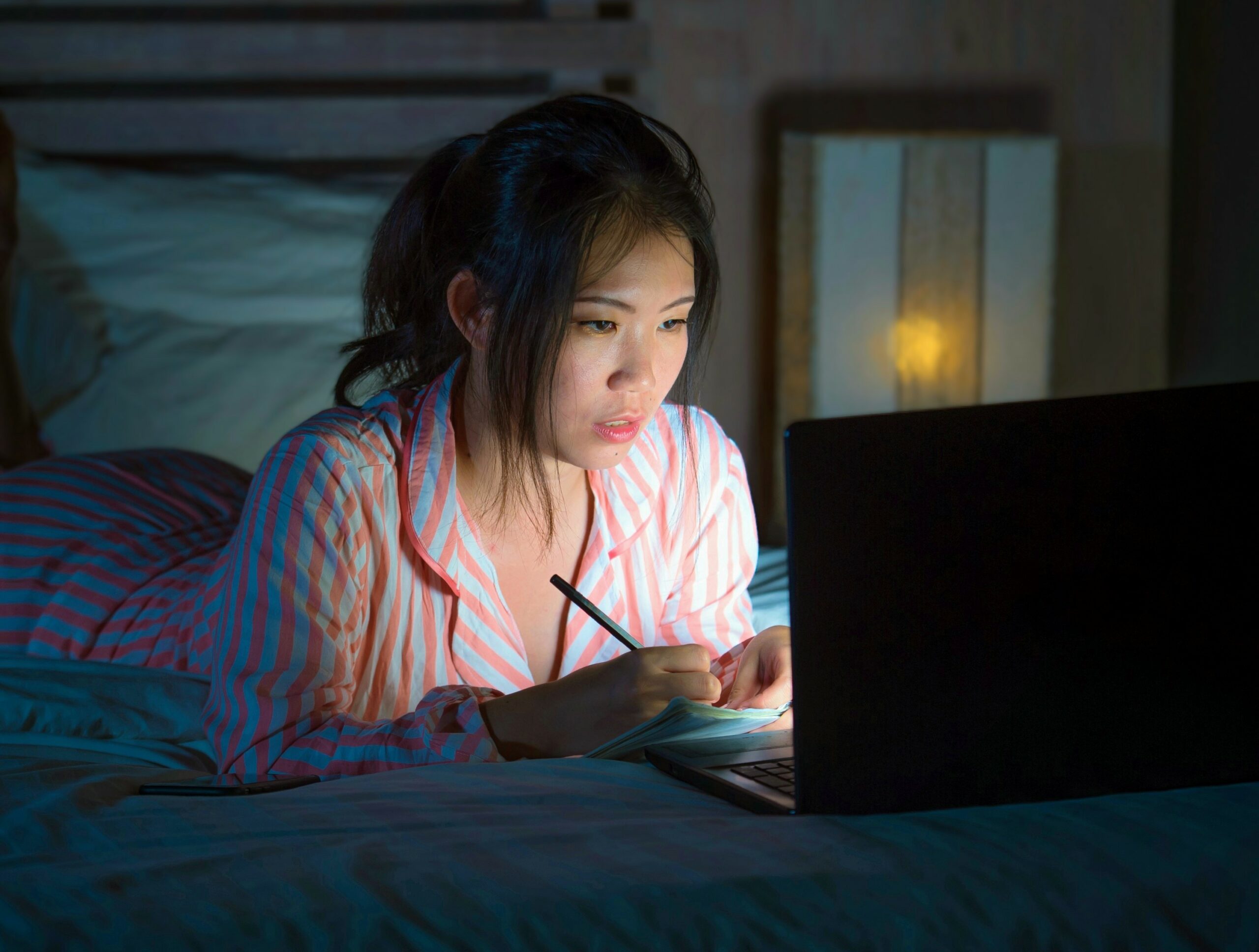 Blue light is emitted by computer and laptop screens, by fluorescent lights, flat-screen televisions, cell phones and tablets. It is also a component of natural light that emanates from the Sun, but our exposure to it has increased drastically due to our widespread use of devices that employ LED technologies. In fact, many humans today are exposed to blue light throughout most of the waking day. Blue light (BL) waves are only marginally less energetic than UV radiation and so it is natural to wonder whether exposure to BL is dangerous for our eyes and our bodies in general.

There is already accumulating evidence that BL exposure causes damage to retinal cells in vitro and in vivo. Previous experiments using live mice and fruit flies have shown that retinal cells are damaged by blue light, and that lifespan is shortened, but the effects of this form of radiation on cells other than those in the retina have not been investigated before. In addition, the cellular mechanisms underlying these effects are currently unknown.

A new study published in the journal Frontiers in Aging reports on the effects of BL exposure in fruit flies, Drosophila melanogaster, and also investigates whether blue light has a greater impact on individuals as they age. The researchers also conducted analyses of fly brains and respiratory pathways to understand the ways in which flies were affected by exposure to blue light.

“Excessive exposure to blue light from everyday devices, such as TVs, laptops, and phones, may have detrimental effects on a wide range of cells in our body, from skin and fat cells, to sensory neurons,” said Dr. Jadwiga Giebultowicz, a professor at the Department of Integrative Biology at Oregon State University and senior author of this study. “We are the first to show that the levels of specific metabolites – chemicals that are essential for cells to function correctly – are altered in fruit flies exposed to blue light.”

The researchers first measured the survival rate of flies that were raised and kept in constant darkness, and then transferred to constant BL conditions at different ages across the lifespan. The results showed that the older the flies were when exposed to blue light, the lower their survival rate was, when compared with flies of the same age that remained in constant darkness.

Furthermore, when flies were exposed to a temporary (10 day) session of BL at young or middle age, their subsequent survival once returned to constant darkness was significantly reduced and the middle-aged flies were affected more severely than the young flies. This indicates that the phototoxic effects of blue light persist, even after this stressor is removed, and that the severity of the effects depends on the age at which BL exposure occurred.

Throughout the experiments, the researchers used fruit flies that were genetically modified to produce no compound eyes. This enabled them to prove that the effects on fly lifespan were independent of any impacts that the BL may have had on their retinal cells.

In order to understand what was happening to the fruit flies that died prematurely, the researchers investigated the brains and respiratory function of older flies. Their results showed that the brains of flies exposed to BL as older individuals were characterized by many small patches where tissue had died – the control flies kept in darkness did not show anywhere near this extent of neurodegeneration. Furthermore, brain deterioration was worse in flies if they were exposed to BL as older adults than it was if exposure occurred during the young life of a fly. This finding shows that BL is an environmental stressor that impacts organisms more severely with advancing age.

To investigate the causes of age-related light sensitivity, the researchers focused on mitochondrial function. Mitochondria are the tiny structures within cells where oxygen is used to produce energy from substrates such as glucose. They compared oxygen consumption in mitochondria obtained from the cells of young and old flies that were exposed to BL, with oxygen consumption in the mitochondria of control flies that were kept in the dark. The results showed that mitochondrial activity and the production of energy was impaired in flies (both young and old) that were exposed to BL.

“Succinate is essential for producing the fuel for the function and growth of each cell. High levels of succinate after exposure to blue light can be compared to gas being in the pump but not getting into the car,” said Giebultowicz. “Another troubling discovery was that molecules responsible for communication between neurons, such as glutamate, are at the lower level after blue light exposure.”

The changes recorded by the researchers suggest that exposure to BL is associated with suboptimal performance of cells and that this may be the cause of cell death and the acceleration of the aging process in flies.

“LEDs have become the main illumination in display screens such as phones, desktops and TVs, as well as ambient lighting, so humans in advanced societies are exposed to blue light through LED lighting during most of their waking hours. The signaling chemicals in the cells of flies and humans are the same, so the there is potential for negative effects of blue light on humans,” explained Giebultowicz.

“We used a fairly strong blue light on the flies – humans are exposed to less intense light, so cellular damage may be less dramatic. The results from this study suggest that future research involving human cells is needed to establish the extent to which human cells may show similar changes in metabolites involved in energy production in response to excessive exposure to blue light.”