Blue light from smartphones damages your eyes over time • Earth.com 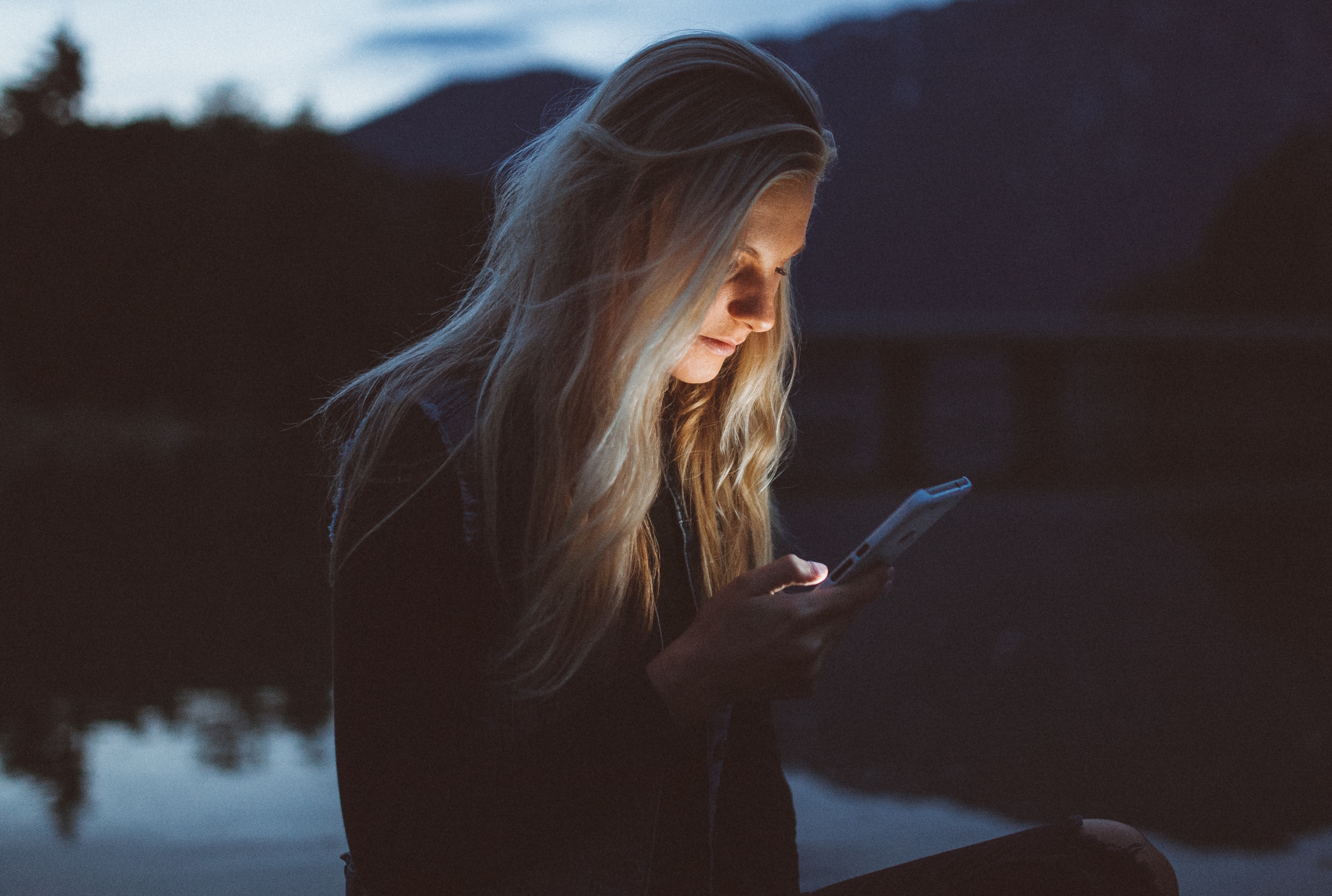 Blue light from smartphones damages your eyes over time

Our addiction to our phones has been linked to several problematic negative health trends and has been found to impact brain function and increase feelings of unhappiness.

Now, a new study has found that blue light emitted from smartphones, laptops and tablets damages the eyes and increases the risk of macular degeneration.

Researchers from the University of Toledo in Ohio conducted a study examining how blue light is absorbed and processed by the eye.

Our eyes contain a kind of vitamin A called retinal which converts light into signals that the brain can then process.

The eye is well prepared to combat UV light, as UV rays from the sun are reflected off of the eye. But blue light is absorbed by the eye and this can trigger cell death which can eventually lead to macular degeneration.

“The human eye reflects UV light (such as from the sun) very well but it allows blue light to enter and the retinal can absorb blue light very well,” Ajith Karunarathne, the lead author of the study, told Daily Mail Online.

Macular degeneration occurs when part of the retina of the eye is damaged. Over time, blurred vision and blind spots can lead to blindness because of this damage.

Millions suffer from macular degeneration in the United States, and as we continue to increase our exposure to blue light, millions more could cause irreversible damage to the retina.

For the study, the researchers tested retinal cells that had absorbed blue light by injecting the cells into other cancer and heart cells. The blue light in the retina jumpstarts a reaction in the eye that converts oxygen into a molecule that attacks and kills photoreceptor cells in the eye.

As the blue light cells interacted with other cells, the researchers noticed toxic molecule killed any cells it came in contact with.

The cancer and heart cells were unaffected by exposure to just blue light alone and the vitamin A retinal alone. It was the absorbed blue light in the retinal that triggered cell death.

While the researchers did find that a vitamin E molecule called alpha-tocopherol can prevent cell death in the eyes, the researchers say more study is needed to find out of the eye has other more effective protective measurements against blue light damage.

For now, the researchers advise against using cell phones in the dark and wearing sunglasses outside to protect against UV rays and blue light. There are also blue light filters that you can download on your phone which will help reduce the amount of blue light absorbed by the eye.