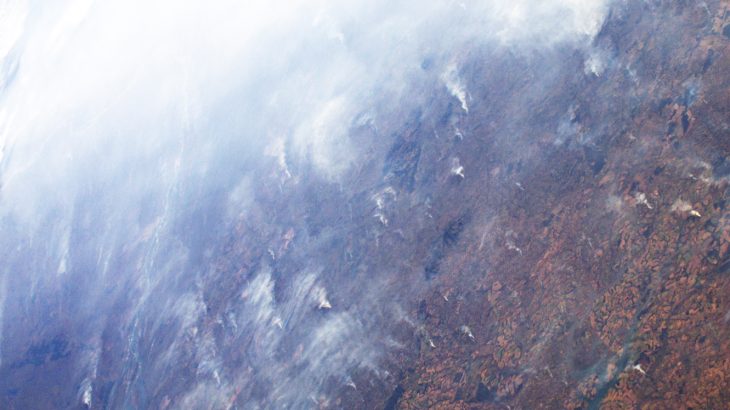 The Amazon rainforest is still burning, as thousands of fires are spreading across the region that supplies a significant amount of oxygen to Earth’s atmosphere. The smoke is visible from space, and there are concerns about how the fires will impact the indigenous groups that live in the Amazon.

Brazil’s president Jair Bolsonaro is reportedly reconsidering accepting the $22.2 million in international aid to help fight the fires and is now demanding an apology from French President Emmanuel Macron.

The aid package was announced at the Group of Seven nations (G-7) summit, and several of the world’s wealthiest countries pledged to help Brazil and the Amazon.

Bolsonaro initially rejected the pledge, but now the President is willing to accept the aid if Macron apologizes and withdraws comments that the French President directed at Bolsonaro.

“Before speaking or accepting anything from France, even if it comes from the best possible intentions, he must retract his words. Then we can talk,” Brazil’s President told journalists.

The aid package has added fuel to an escalating feud between the two presidents. Last week, Macron announced potentially blocking a free-trade agreement between the EU and South America. Bolsonaro responded with an apparent joke about Macron’s wife.

Although Bolsonaro is on the fence about accepting aid from the Group of Seven, other countries are offering aid and resources.

Ricardo Salles, the Environmental Minister of Brazil, said that aid was crucial as the fires are spreading and burning up land at a rapid rate.

“I think we need to aggregate as many tools as possible to resolve this,” Salles said on Brazilian television.

The Washington Post even reported that Amazon governors were considering negotiating with the EU directly rather than wait for Bolsonaro.

There are concerns that because the aid is coming from the G-7 and not the United Nations, it could be a political tactic to gain some control of the Amazon, according to Bolsonaro and some of his officials.

Meanwhile, fires in the Amazon have increased more than 75 percent this year, according to the Washington Post. The unprecedented rate of deforestation could jeopardize Amazon’s role as a carbon sink and transform large areas of the rainforest into savanna in the near future.