How to boost captive elephant numbers without taking more from the wild? • Earth.com 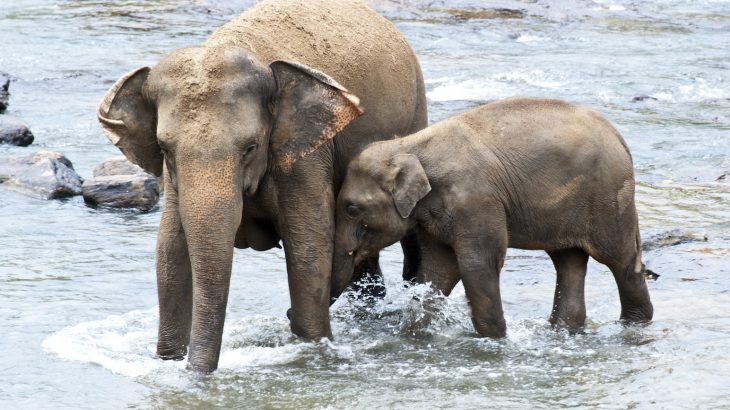 How to boost captive elephant numbers without taking more from the wild?

Nearly one-third of Asian elephants in India, Myanmar, and Thailand live in captivity, either as working elephants in the timber industry or in tourism.

Captive populations and endangered wild elephants are tightly linked. according to the researchers, and even though conservation of wild elephants is a priority, captive elephants are just as important to ensuring the future survival of the species.

“The dependence of captive elephant populations on capture from the wild in the past is truly alarming,” said Virpi Lummaa, the leader of the study. “The problem with elephants is that they take so long to grow and reproduce and have very complex social lives, making them vulnerable to population declines when disturbed.”

In a new study, published in the journal Proceedings of the Royal Society B, researchers examined trends in elephant capture and the impact elephant capture had on the 3,500 working elephants over 54 years.

The researchers analyzed birth and death rates of captive populations and found that young captive elephants have a higher risk of early death, especially when separated from their mothers to start training.

If handlers and logging companies could work to improve the wellbeing and lifespan of young elephants, captive elephant populations would stand a better chance at sustaining their numbers without the capture wild elephants.

At four years of age, juvenile elephants are separated from their mothers and trained to work.

This is stressful for the young elephants, as elephants are highly social animals with complex familial bonds. These relationships need to be taken into account when working on improving the welfare of captive elephants.

“Our model suggests we may see declines in captive elephants for up to 50 years so we must now work to ensure that the captive population is sustainable,” said John Jackson, the lead author of the paper. “With so many Asian elephants in captivity, we must safeguard both captive and wild elephant populations and the people living and working alongside them for the future of the species.”

The researchers also say that identifying a pregnant female early on in her pregnancy could help as handlers can then ensure that the mother has what she needs to care for and bond with her calf. These small steps would go a long way in helping captive populations, according to the study.

“One hopeful result is that we may see improvements in population growth if we are able to improve the survival of young elephants by just 10 per cent,” said Jackson. “This shows we can really make a difference by improving welfare for these vulnerable individuals in captivity.”