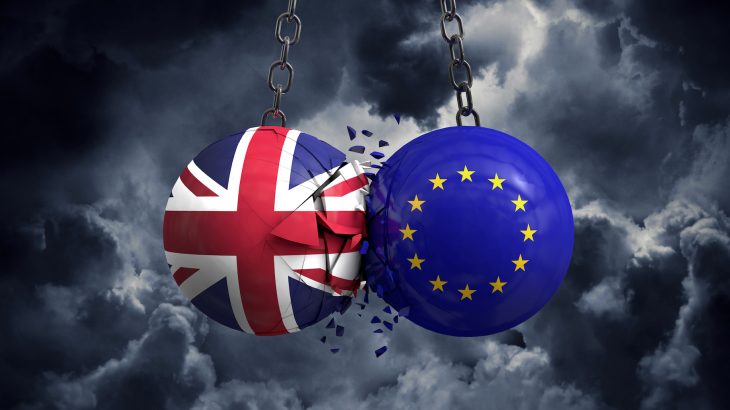 After the UK splits from the European Union (EU), the resulting price hike on imported produce could result in an increase in heart attacks and strokes as the public will be eating fewer servings of fresh fruits and vegetables, according to a new study.

The World Health Organization (WHO) advises that people eat roughly 5 servings of fresh fruits and vegetables a day, but much of the UK’s vegetables and fruit is imported.

Researchers from Imperial College London and the University of Liverpool conducted the first study of its kind that examined Brexit’s impact on food imports and public health.

The study was published in the journal BMJ Open, and the researchers found that import tariffs will negatively impact diets, increase the risk of heart disease, and cause thousands of deaths due to heart attack by 2030.

“The UK’s exit from the European Union has long been framed in terms of its political and social importance,” said Christopher Millet, a joint leader of the research. “But this study shows that the impact of Brexit will reach far beyond the economy and may affect people’s risk of disease. The UK government must consider the public health implications of Brexit trade policy options, including changes to the price of key food groups.”

For the study, the researchers modeled different Brexit scenarios including a free-trading agreement with the EU and a no-deal Brexit.

Data from the World Trade Organization and HM Revenue and Customs, nutrition information from a national diet and nutrition survey, and heart disease data from peer-reviewed studies were all used for the different models.

For each trade scenario, the researchers assumed that tariffs would increase for imported goods from the EU, and all the scenarios showed an increase in deaths due to cardiovascular disease.

The no-deal scenario resulted in the most deaths and had the biggest impact on imported produce. The researchers found that the cost of bananas would increase by 17 percent, and tomatoes would rise by 15 percent.

A new trade agreement between the EU, the UK and third-party countries, the agreement with the least impact on imports, would contribute to 1,360 extra coronary heart disease deaths, and 2,740 strokes by 2030.

A no-deal Brexit could result in nearly 12,400 additional deaths due to cardiovascular disease.

There are limitations to the study, and the researchers did not model every scenario under consideration as part of the Brexit deal. But the study does show that no matter what, the costs of fresh fruit and vegetables will likely rise which will increase the risk of cardiovascular disease.

“The UK is highly dependent on imports, especially for fresh fruits and vegetables. These have a strong protective effect on health,” said Paraskevi Seferidi, the first author of the study. “Our paper illustrates, for the first time, the potential negative impacts of Brexit on fruit and veg prices, intake, heart disease, and stroke.”