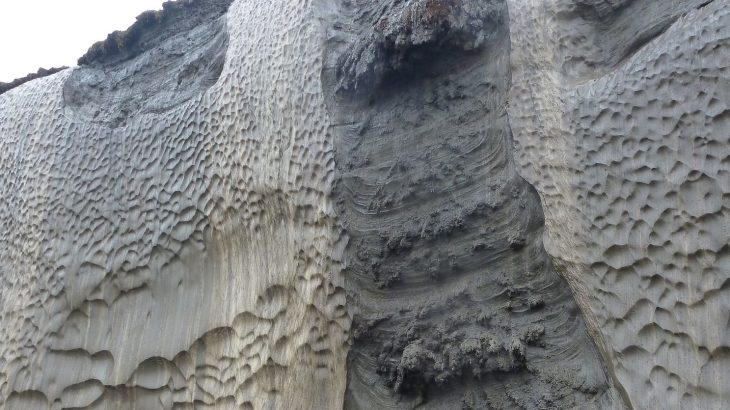 Scientists at the University of Eastern Finland have mapped more than 1,000 wetland sites that are currently concealed by fields, forests, and lakes. These ancient wetlands may ultimately provide new insight into the global carbon cycle.

Carbon-rich wetland deposits that are buried beneath other sediments have been exposed by road construction, cliffs, quarries, and also by scientific investigations. A record of the site’s history is often preserved in un-decomposed plant material, or peat.

The researchers collected data, including where the buried wetland deposits were found, when they formed, and how they were buried. Some of the wetlands were once coastal marshes that were flooded by sea level rise, while others were buried by glaciers or flooding.

“We were really surprised when we started to combine our data from different sites around the world. What we thought would be only a few sites turned out to be just the tip of the iceberg. When we started to look for more examples from previous studies, we identified more than 1,000 buried wetland sites across the globe,” said Dr. Claire Treat, who co-led the study with Dr. Thomas Kleinen.

Buried wetlands were discovered from the Arctic islands of Canada and Siberia to the tropical regions of Africa and Indonesia. The researchers found that some of the wetlands developed less than a thousand years ago, but others were found to have formed more than 100,000 years ago between the two latest glaciations.

The study revealed that peat burial can result in the slow transfer of carbon from the atmosphere to land, which helped to offset a small amount of climate warming in the past.

“The fact that these peats are buried and stay on land is basically like a leak in what we usually consider a closed system of how carbon moves around the earth, from the atmosphere to the land and oceans,” said Dr. Treat. “This new finding isn’t represented in our models of the global carbon cycle, and may help to explain some behavior that differs between models and observations.”

The findings indicate that present-day wetlands will continue to mitigate rising CO2 concentrations as long as they remain undisturbed.