California’s “big one” may end up being a volcanic eruption • Earth.com 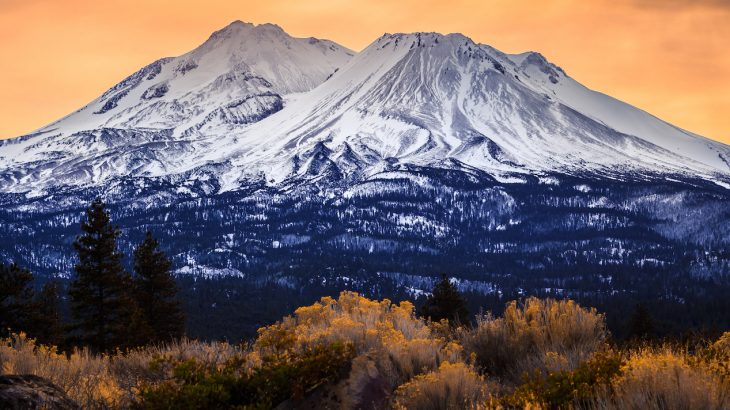 California’s “big one” may end up being a volcanic eruption

When scientists and residents discuss the likelihood of the “big one” happening in California, they’re usually referring to fear of a massive earthquake occurring along the San Andreas fault. But a new report by the United States Geological Survey (USGS) has revealed a hidden threat facing the state: volcanic eruptions.

The USGS National Volcanic Threat Assessment states that major eruptions are just as common as large earthquakes along the San Andreas Fault, but volcanoes in the state have become a “nearly forgotten hazard.”

The USGS report assessed the risk of volcanic eruption along the state’s volcanoes and eight volcanic areas were categorized as a “high,” or “moderate” threat.

Out of these eight, magma lies beneath at least seven of the volcanic areas, which means they could easily produce volcanic earthquakes, toxic gas emissions, hot springs, geothermal systems, or ground movement.

The experts say that a future volcanic eruption is extremely likely due to the state’s history of past eruptions. 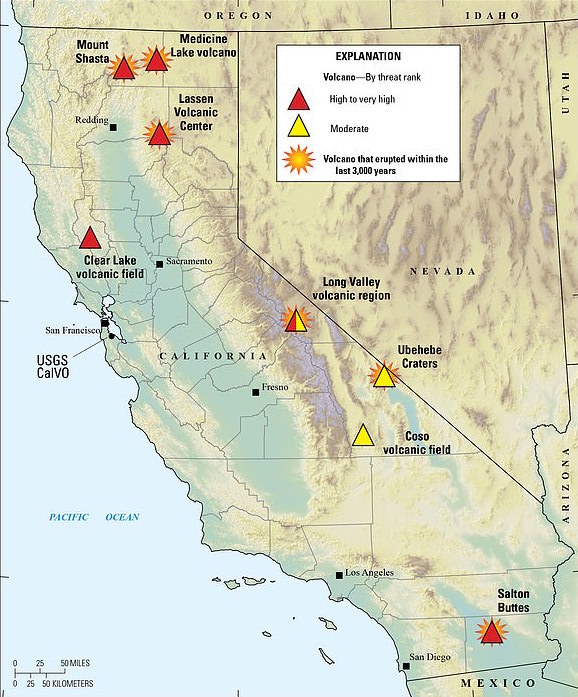 In the past 1,000 years, there have been at least ten volcanic eruptions in California, which is why a future eruption is inevitable.

“Based on the record of volcanic activity over the last five millennia, the probability of another small- to moderate-sized eruption in California in the next 30 years is estimated to be about 16 percent,” the report states. “This is similar to the forecast for a magnitude 6.7 or greater earthquake specific to the San Andreas Fault in the San Francisco Bay region, which is estimated to be about a 22 percent probability in 30 years, starting from 2014.”

California’s Volcano Observatory keeps careful watch over the state’s volcanoes, and a spike in activity could mean an eruption is soon on the way.

The report emphasizes the importance of preparedness and that volcanoes need to be taken as seriously as earthquakes by policymakers.

It’s impossible to stop a volcano or earthquake, but being well informed of the potential risks and having emergency evacuation plans in place can go a long way in minimizing the threats posed by future natural disasters.